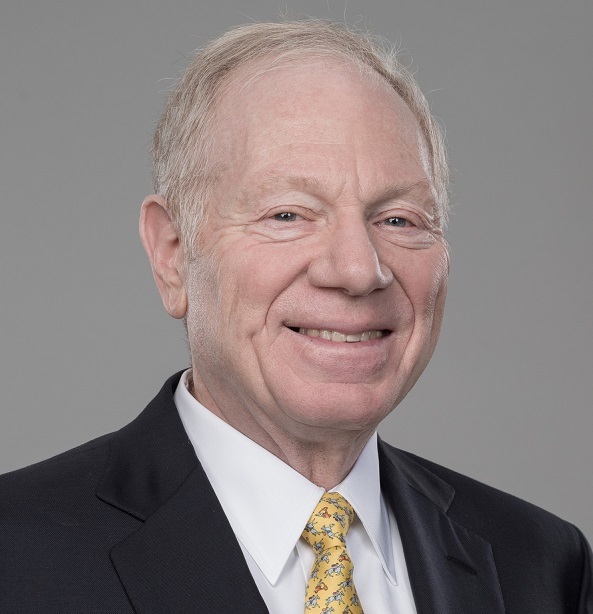 NEW YORK (Legal Newsline) - New York Attorney General Letitita James has had a rough go of it so far as attorneys from her office try to convince a state court judge that ExxonMobil engaged in an elaborate scheme to hide the risks of climate change from investors.

It doesn’t help that the case she is trying to make against ExxonMobil is the mirror image of the legal theory her predecessor Eric Schneiderman said he was pursuing when he launched an investigation in 2015. Compounding the state’s problems is a series of courtroom miscues by its lawyers that have led Supreme Court Judge Barry Ostrager to criticize and belittle them multiple times since trial began Oct. 22.

On Friday afternoon, after ExxonMobil unexpectedly ended its questioning of Guy Powell, a greenhouse gas manager, with another hour-and-a-half of court time left, Judge Ostrager told New York attorney Kevin Wallace he would consider the State to have rested its case unless he called another witness. Wallace said he was “stunned,” because that would allow ExxonMobil to bring the State’s case to an end simply by declining to question one of its witnesses.

“They can do whatever they want,” the judge snapped. “This is their time. Their case. No one has told me. If you don't have a witness, you rest.”

Judge Ostrager relented this time, but has continued to make skeptical comments that suggest he isn’t convinced the State is making its case. In a video deposition, Roger Read, an energy analyst with Wells Fargo, undermined New York’s theory that ExxonMobil defrauded investors by failing to tell them it didn’t use estimates of greenhouse gas costs disclosed in a 2014 forecast consistently when it was evaluating internal projects for their future profitability.

Read testified he uses he uses two- to three-year cash flow estimates for ExxonMobil, including a three-year oil price forecast that doesn’t include the cost of carbon.

When asked if ExxonMobil provided access to its internal cash flow models, Read laughed and said no. Asked if he considered climate change a significant factor in valuing a company, he said “I wouldn’t say it is something we routinely include as a factor in valuation.”

“If your intention, Mr. Wallace, was to fill up a half-hour with this deposition, you succeeded; but I'm sure there's some amazing climax to this examination,” he said. Wallace vowed the deposition would get more exciting but Read never contradicted his earlier testimony indicating investors were not misled by internal calculations they wouldn’t have seen unless the state extracted them via subpoena.

Another time, Wallace repeatedly asked an executive with ExxonMobil’s Canadian subsidiary detailed questions about how he adjusted cash-flow projections for the company’s tar sands operations, which pay heavy greenhouse gas taxes to the government. The executive repeatedly answered he didn’t know how departments above him reached their conclusions, he just plugged their guidance into his models.

“Okay, that's the fifth time that he has given you the same answer,” the judge said.

“You want to try again?”

ExxonMobil has questioned the basis of the lawsuit since it was filed last year, with its attorney Theodore Wells calling it “false, twisted and not connected to reality.” The company repeated that theme throughout the trial, asking its employees on the stand whether they believe they participated in a fraud, or as New York says, creating a “Potemkin Village” based on false estimates of future climate costs.

ExxonMobil kept it up today when former Chairman Rex Tillerson testified - he denied every allegation in the State’s lawsuit. The questioning of the former chief, who ran ExxonMobil from 2006 until he left in 2016 for a tumultuous year as President Donald Trump’s Secretary of State, was unexpectedly brief, as New York tried and failed to get him to admit the company trimmed its estimates of expected future costs associated with global warming regulations and taxes on CO2 emissions.

The State didn’t ask about Tillerson’s “Wayne Tracker” email account, which employees used to reach him directly and which New York alleged may have contained incriminating messages about internal knowledge of global-warming risks. Some of the emails were deleted in what ExxonMobil says was an inadvertent mistake and which New York has called destruction of evidence.

Earlier in the week, New York’s lawyers appeared to struggle to convince Judge Ostrager that they were building a case that ExxonMobil misled investors by publicly disclosing an estimated “proxy cost” of greenhouse gases of $80 a ton by 2040 while using lower numbers internally. Much of the testimony involved ExxonMobil’s planning process for evaluating future projects, however, some of which were never funded.

Judge Ostrager joined the bench in 2015 after a long career as a commercial litigator and appellate lawyer with Simpson Thatcher in New York. In one exchange, he jousted with New York Assistant Attorney General Jason Zweig over the central allegation in the case, that investors would have trimmed their value for the company by more than $1 billion had they known the details of how it evaluated and funded projects like oil wells, refineries and tar-sands operations.

Judge Ostrager interrupted when Zweig asked a witness whether ExxonMobil assumed that governments were going to charge it less for emissions than other companies in 2040 and whether the company disclosed it to potential investors.

“Just out of curiosity, what’s the point of that question?” he said. “We’re talking about projections in 2040.”

“How does he know what some government is going to charge Exxon in 2040? They’re making a projection,” the judge asked.

After Zweig tried to further explain the point he was trying to make, Ostranger cut him off: “I think you’ve self-mesmerized yourself, but go ahead,” he said.

The session that ended with the State unable to call another witness didn't start any better.

"Mr. Zweig, before we go through anymore of this agonizing, repetitious questioning about the documents that are not being disputed, the chronology of which are not in dispute, what is it exactly that you are trying to elicit from this witness?" he said.

"This is a Martin Act case. Intent is not an element of the Martin Act case. So, Exxon doesn't dispute anything that you've adduced from this witness or the prior two witnesses, as far as I know."

Satisfied by Zweig's answer, Judge Ostrager complained that he'd seen the same documents "14 times" and later joked that he wasn't smart enough to understand the system New York's lawyers were using to identify documents they were referencing.