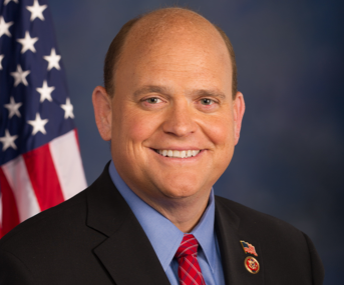 WASHINGTON (Legal Newsline) – The EPA would have six months to declare certain chemicals as hazardous under the federal Superfund law – a measure rejected late last year by Senate Republicans – if an amendment is adopted to a bill that will be the next battleground over the regulation of PFAS.

Though the PFAS Action Act requires the EPA to within a year classify PFOA and PFOS (members of the PFAS family) as hazardous, turning many businesses into targets for lawsuits, an amendment proposed by Republicans Tom Reed of New York and Mike Gallagher of Wisconsin would cut that timeframe in half.

In exchange, the EPA would have an open-ended schedule to evaluate other chemicals in the PFAS family, rather than a five-year deadline imposed by the bill’s original language. The two Republicans are joined in the amendment by Democrat Anthony Brindisi of New York.

It was possible that the bill would be debated before the full House on Thursday. "This was a district issue first and foremost. We feel that by partnering with Brindisi and making this amendment in order we have given this bill a fair chance of being considered by the Senate -- and hopefully the President," said Will Reinert, communications director for Reed.

Rep. John Shimkus of Illinois, who feels Senate approval of the bill is unlikely, authored the dissenting view of the bill.

“We recognize the increased community anxiety that occurs due to the discovery of PFAS contamination, and we understand that some states may face disproportionate burdens without more federal action,” says the dissenting view.

“Unfortunately, H.R. 535 as amended mandates multiple, aggressive actions based on a woefully incomplete scientific understanding of health effects for this diverse class of up to 5,000 chemicals.”

PFAS was used in firefighting foam and consumer products like non-stick cookware and waterproof clothing. They have been dubbed "forever chemicals" because they don’t leave the human body once they make it in.

Research provided by a PFOA settlement earlier this century drew links to six diseases like kidney and testicular cancer, but many consider those results far from a complete study.

Not only is the research debated – Congress’ ability to control the actions of the EPA is now an issue. HR 535 tells the EPA how it must classify PFAS, even as the EPA has announced its own plans to do so.

Last year, Democrats attempted to include a provision that categorized PFAS as hazardous under CERCLA, the Superfund law, in a military spending bill. It made it through the House, but the Senate refused to adopt that measure.

Eventually, the bill passed without the PFAS measure after Democrats were told “enough is enough.” Private lawyers pushing PFAS cases were among those who spent resources lobbying.

“(A) Congressional mandate to designate particular chemicals under CERCLA is still a drastic and unprecedented action - since CERCLA's enactment four decades ago, Congress has never statutorily named specific substances under CERCLA as hazardous,” the dissenting view says.

Section 2 of the PFAS Action Act says the EPA would have apply the CERCLA designation to PFOA and PFOS within one year, while it would be given five years to research possibly taking the same step with other chemicals in the PFAS family.

Activists and state regulators have found support in the House, which hosted lopsided hearings regarding PFAS last year.

Had Democrats been successful, liability exposure for many types of businesses, including hospitals, would have increased.

But lawsuits remain, many of which are consolidated in a multidistrict litigation proceeding in South Carolina federal court. Other cases that resulted from DuPont's medical monitoring PFOA settlement were heard in an Ohio MDL.

Personal injury lawyers and DuPont had agreed to a plan that created a so-called “science panel” and had the company pay for the medical monitoring of residents around the plant. Medical monitoring is a controversial claim for relief on behalf of uninjured plaintiffs that would drive up the cost of a settlement and with it, the amount their lawyers could recover.

The majority of states don't allow such claims. By 2012 and after studying more than 30,000 participants, the science panel said there was a probable link to six diseases. The cases paid off for lawyers in 2017, when DuPont ponied up $671 million to settle 3,500 lawsuits.

One notable class action seeks compensation for everyone in the country but doesn't allege any actual diseases have been suffered as a result of PFAS exposure. A judge recently allowed the case to move forward.