Lawyers hire lobbyists to push their PFAS agenda on Congress 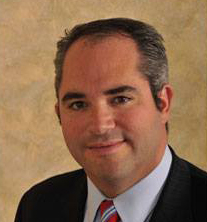 WASHINGTON (Legal Newsline) – Plaintiffs lawyers filing PFAS lawsuits are lobbying Congress as it mulls whether to designate the chemicals as hazardous under the Superfund law – a move that would give those lawyers more companies to target with litigation.

Records show Envision Strategy recently started lobbying at Capitol Hill on behalf of an entity called AFFF Litigation Corporation, which is paying Envision an estimated $30,000. AFFF is short for aqueous film-foaming form, a firefighting product containing PFAS that is central to a group of lawsuits consolidated in South Carolina federal court.

The company – AFFF Litigation Corp. - that hired Envision Strategy to lobby is registered to the same address as one of the leading PFAS law firms – Douglas & London of New York. Founder Michael London did not respond to an email seeking comment.

(There are at least two other similarly named litigation organizations registered to Douglas & London’s address.)

PFAS is a group of chemicals that were also used in consumer products like non-stick cookware and waterproof clothing. They are and will remain in the bloodstreams of almost every American, but the exact health effects of exposure are debated.

PFAS has been the subject of several committee meetings in the Democrat-led House of Representatives, which passed a measure that would designate PFAS chemicals as hazardous substances under the federal Superfund law. The Senate and its Republican majority have yet to take action.

Hospitals and sewage-treatment plants are among those who could also face new liabilities.

The Superfund measure would bypass the normal regulatory process, under which the EPA studies the scientific evidence before recommending a chemical be placed on the list of hazardous pollutants, after which it is submitted for public notice and comment and finally adopted as a formal rule.

The House Environment Subcommittee has provided a forum for those advocates, holding a series of hearings with titles like “The Devil They Knew,” a reference to a PFAS documentary.

The coming film, “Dark Waters,” was part of the most recent PFAS hearing when actor Mark Ruffalo testified. The movie has angered lawmakers in West Virginia for its portrayal of those in the state.

One shot shows a little girl with rotting teeth, even though oral disease has not been linked to PFAS exposure.

“While delving into this important topic, we ask that you be aware that the PFAS-centered film ‘Dark Waters’ irresponsibly uses tired stereotypes about the people of West Virginia,” state lawmakers wrote to the House.

“The filmmakers behind ‘Dark Waters’ would know that their portrayal is inaccurate if they’d filmed on location in Parkersburg,” the letter continues. “They did not. The crass, reductive treatment of our state begins with the film’s star, Mark Ruffalo.”

It’s not clear what Douglas & London has received for its estimated $30,000 in lobbying. Envision’s roster of lobbyists includes Tim Bishop, a six-term Congressman from New York, as well as Brett Heimov, a former aide to Rep. Jerrold Nadler, who is now the chair of the House Judiciary Committee.

Other organizations have hired lobbyists for PFAS issues, including water and sewer districts, Philadelphia International Airport and Waste Management.

DuPont is using in-house lobbyists, records show, and 3M hired Invariant LLC. 3M’s spending on that firm is estimated at $320,000.

It also hired FTI Government Affairs at an estimated cost of $640,000.

Douglas & London featured in the C8 litigation on which “Dark Waters” is based.