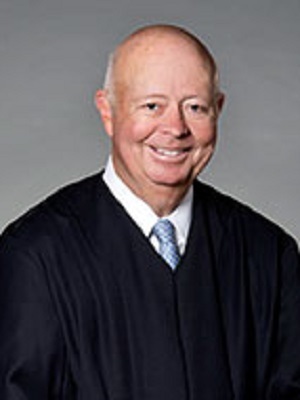 DOVER, Del. (Legal Newsline) - Texas-based software company ISN Software Corporation has twice in two years failed to convince Delaware courts that the toll on legal malpractice lawsuit over bad advice that cost the company $67 million should begin when it found out about the cost.

ISN now is asking the Delaware Supreme Court to take another look at its case against the state's largest law firm, Richards, Layton & Finger, and two of the firm's attorneys, Raymond J. Dicamillo and Mark J. Gentile.

Last month, the state's highest court affirmed a superior court judge's ruling last year that ISN had three years from the date it got the bad advice from Richards, Layton & Finger in 2012, not from the date the company found out how much the advice had cost.

At issue is determining when ISN suffered the injury for which it can seek redress. The Superior Court and Supreme Court have ruled the toll began when ISN received the bad advice. ISN has consistently disagreed.

"The record evidence – again viewed in the light most favorable to ISN – demonstrates that ISN did not suffer any injury, even slight, until the Court of Chancery issued its appraisal opinion," ISN said in its March 3 motion for reargument.

ISN, headquartered in Dallas, filed its malpractice complaint in August 2018.

In February of last year, Delaware Superior Court Judge Mary Miller Johnson ruled that ISN should have sued its attorneys within three years of receiving the bad advice. Toll did not begin from the date ISN knew how costly the bad advice had been, Johnson ruled.

ISN argued for a statute of limitations toll beginning with a state Chancery Court's 2016 ruling, which is when ISN discovered the bad advice's cost. Johnson ruled that ISN's complaint had been time-barred and that the toll really began about three years before the Chancery Court's ruling.

The Delaware Supreme Court heard arguments in December and last month affirmed Johnson's ruling, though it also noted that statute of limitations in the state are "by their nature, harsh."

"Here, the unintended consequences of the merger injured ISN when the transaction closed because it could not proceed without new liabilities - providing additional appraisal rights than intended or unwind the merger," the majority ruling said.

In his lone dissent, Delaware Supreme Court Justice James T. Vaughn Jr. said he would have reversed the superior court's ruling as an error and remanded it for further proceedings, including a determination of when ISN actually sustained its injury.

"This case has not followed a straight path," Vaughn said in his dissent. "As mentioned, the question upon which the appeal is being decided - when did ISN sustain injury - was not addressed by the Superior Court. The questions presented as framed by the parties in their briefs bear little resemblance to the question the majority now answers."

The court's majority agreed in part with Vaughn's dissent.

"We agree with our colleague in dissent that the superior court erred when it found that the mere exposure to the risk of loss or the potential for damages triggers the statute of limitations," the majority said in a decision footnote. "But we also note that the time of injury was raised on appeal and is based on undisputed facts."

In the same footnote, the majority did not agree Vaughn about "an additional requirement beyond injury - the plaintiff must be able to plead damages."

"Although damages are an element of a legal malpractice claim, this court has never treated it as relevant to when the statute of limitations begins to run," the footnote continued. "And, as explained later, that additional requirement would not change the outcome of this appeal."