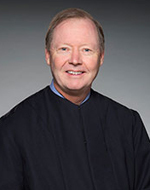 DOVER, Del. (Legal Newsline) - Delaware's full Supreme Court heard oral arguments in December in a dispute between a software company and a law firm accused of delivering wrong advice that caused the firm to overpay by $66 million in a share buy-back - with a notable disagreement occurring between one justice and the law firm's attorney.

At issue for the five-justice panel is whether the suit was filed in a timely manner, that is within the statute of limitations allowed in a legal malpractice case.

ISN Software, the plaintiffs, argue the clock began in mid-July, 2016, when a Chancery Court appraised the per share price at just under $100,000, far greater than the amount the company had set aside for the buy back.

The case has its roots in a buyout of stockholders by ISN, which was represented by the law firm.

RLF allegedly made an "elementary mistake" when advising that one of the stockholders would not have the right of appraisal, that is to have a Delaware Court of Chancery decide the price per share.

The stockholder did have appraisal rights and the price was set by the court at just under $100,000 for each of his 544 shares. The company had estimated the price per share at $38,000, with a buyout reserve totaling $34 million. It was exceeded by $66 million.

Law firm Richard Layton & Finger (RLF), one of Delaware's most prominent firms, claimed the suit should have been filed soon after the alleged "elementary mistake" was first made in early 2013.

Delaware Superior Court Judge Mary M. Johnston agreed with the defendant, and stated the statute of limitations expired prior to ISN Software filings the suit against the law firm.

But the company focused its appeal on when the damage occurred and that it could not determine how much damage was done until the Chancery Court ruled on the share price.

Jeremy Martin, of Martin Appeals, for ISN, told the court: "Under Delaware Law, a claim for professional negligence does not accrue until an attorney’s negligence has caused a resulting loss."

Martin argued that on Feb. 14, 2013, when the parties - the company and shareholders - entered into an agreement "everyone recognized that RLF had probably made a mistake."

"Everyone also recognized that ISN had not yet suffered a resulting loss from that mistake and might never," Martin added.

"It was not until the Chancery Court decision in August 2016 when the Chancery Court valued the shares and $98,000 which caused the buyout reserve of $34 million to be exceeded that ISN first suffered a resulting loss from RLF’s negligence."

George Kryder, attorney for RLF, said "ethics opinions and the law of the state doesn’t require you to do anything more as a lawyer than to provide the facts to the client."

Kryder, though, got in a debate with Chief Justice Collins Seitz over the meaning of a 1992 Delaware Supreme Court decision known as Kaufman. That lawsuit was against an insurance broker and filed by plaintiffs who claimed the statute of limitations started running when a fire caused damage to their property, rather than when they procured the coverage. The court ruled for the insurance broker.

Kryder: So, none of those changes, the well-established rule here in Kaufman, Isaacson, or other cases where injury is sustained at the moment of the wrongful act.  We have an issue, they’ve --

Seitz: But wait a minute.  Kaufman did not say that.

Kryder: I am sorry?

Seitz: Kaufman did not say that.

Kryder: Did not say what, Your Honor?

Seitz: That the claim accrued at the time of the wrongful act.  It said, that it accrued when they sustained damages, however slight, for a sustained injury - however slight.

Kryder: Kaufman does say, and I believe your honor that, there is language in there that the cause of action accrues at the time of the wrongful act.

Seitz: All right. Let us get specific. It says, in general, cause of action accrues with the occurrence of the wrongful act, then it continues. The cause of action and authority accrues at the time of injury. That is the next sentence.

Seitz: And the rest of the opinion basically says, that it accrues at the time of injury - however slight.

Seitz: That is what it says.

Further, Kryder argued, ISN is "a sophisticated company with competent legal counsel elsewhere in the country, it had legal counsel at the time of this February disclosure letter but it didn’t file a lawsuit back in January or February or March of 2013."

Counsel noted that the trial court was in agreement that an appraisal action was filed as early as April, 2013, and at that point the plaintiff should have known of "a potential financial loss if the appraisal action resulted in a share valuation that would exceed the buyout reserve."

"The injury, I believe, was incurred on January the 9th, when they entered into a transaction that was not the way that they wished it to be structured," Kryder argued.