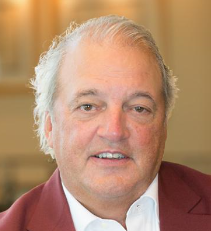 CLEVELAND (Legal Newsline) - Their request for some $3 billion in fees has generated fierce resistance from state attorneys general and defendants, but don’t worry about the financial states of private lawyers who represent thousands of municipal plaintiffs in opioid litigation.

The 18 law firms leading multidistrict litigation against the opioid industry have contributed more than $20 million to state and federal political campaigns over the past decade or so, including hefty contributions to the Democratic Party in Ohio, where the federal lawsuits are concentrated, and to politicians who favor the use of private attorneys in public litigation.

Those contributions may have helped create an environment in which it is politically acceptable for a tiny group of lawyers to reap billions of dollars from lawsuits ostensibly brought to generate funding for public causes.

Attorneys general from 37 states have opposed a proposal by the Plaintiffs Executive Committee to take 7% off the top of any opioid settlement as “common benefit” fees, which could exceed $3 billion if opioid manufacturers and distributors agree to pay a previously reported $48 billion or more. Such fees are a typical feature in multidistrict litigation, designed to compensate law firms that perform most of the work on the cases. Many of the lawsuits against the opioid industry, including those by the states, are outside the federal court system, however, and the AGs argue no fees should be taken from their settlements.

Regardless of how this fee fight turns out, the law firms leading the federal MDL overseen by U.S. District Judge Dan Polster in Cleveland stand to make billions of dollars because in addition to their role on the plaintiffs’ executive committee, they represent hundreds of individual cities and counties under contingent-fee contracts giving them 25-30% of any money collected.

Their political contributions reveal a pattern of support for more plaintiff-friendly courts and candidates who are in favor of public/private litigation.

One of the most prolific contributors on the PEC is Simmons Hanly Conroy, which has roots in the famously pro-plaintiff asbestos court system in Madison County, Ill., but has since expanded to national scope. Simmons Hanly and lead partner Paul Hanly have contributed at least $5.3 million to state and local politicians over the past decade or so, according to Followthemoney.org and Opensecrets.org.

In 2020 alone, the firm has contributed more than $30,000 to Mike Madigan, the powerful Democratic speaker of the Illinois House who has a practice of spreading campaign cash to favored downstate politicians. The law firm, which represents multiple Illinois counties including Chicago’s Cook and neighboring Du Page, gave $732,000 in 2018 including $150,000 to Madigan and $70,000 to the Illinois Democratic Party.

Motley Rice and name partner Joe Rice, who sits on the PEC, have contributed more than $650,000 in recent years including $23,500 to Rhode Island Sen. Sheldon Whitehouse and $24,350 to U.S. Rep. Joe Cunningham, D-South Carolina, in 2018. Motley Rice represents both states in opioid litigation; neither state’s AG signed the letter opposing the 7% common-benefit fee that would benefit Motley Rice.

Paul Farrell of Greene Ketchum Bailey & Tweel, a West Virginia lawyer who is third lead counsel in the opioid MDL based in Cleveland, contributed $12,500 to the Ohio Democratic Party in 2018, according to Followthemoney.

On the PEC, the biggest campaign contributor by far is Morgan & Morgan, a national toxic-tort firm that started in Florida. The firm gave $75,000 to the Florida Republican Party in 2019 as GOP Gov. Rick DeSantis began to remake the state’s notoriously pro-plaintiff Supreme Court. In an interesting twist for a firm that accuses the opioid industry of improperly promoting narcotics, Morgan & Morgan contributed $2.7 million in 2016 to People United for Medical Marijuana, a Florida PAC supporting the legalization of marijuana.

Also contributing heavily to Republicans is Mark Lanier of Houston’s Lanier Law Firm. Lanier, a self-professed conservative, has given more than $2 million in recent years individually or through his firm to GOP causes including $25,000 to Texas Gov. Greg Abbott.

New York asbestos law firm Weitz & Luxenberg has a seat on the opioid PEC and has contributed more than $500,000 in recent years including $25,000 in 2018 to Conservative Results Matter, a PAC for failed GOP congressional candidate Kevin Roberts in Houston in 2018. Roberts is the former chief operating officer of the Lanier Law Firm.

Baron & Budd, the Dallas asbestos firm, has handed out some $2.7 million including $200,000 since 2018. Recipients include New Mexico AG Hector Balderas, who’s gotten $15,000 from the firm and its partners since 2018 and returned the favor by hiring Baron & Budd to represent it in opioid litigation. The firm also poured $50,000 into the campaign of Texas Democratic AG candidate Justin Nelson, who lost to Republican Ken Paxton.