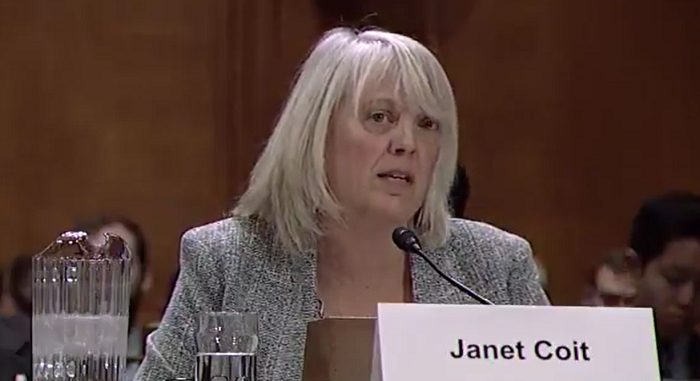 BOSTON (Legal Newsline) – Money was on the minds of Rhode Island officials who sued the energy industry when they couldn't convince state lawmakers to address climate change, according to records obtained by Energy Policy Advocates and submitted Tuesday to a federal appeals court.

The conservative nonprofit asked to file a friend-of-the-court brief with the U.S. Court of Appeals for the First Circuit, which is deciding whether Rhode Island’s case against Big Oil should be heard in state or federal court. EPA says it uncovered emails and notes that show the case should be heard in federal court and subsequently dismissed.

These notes came from a 2019 conference in Colorado and “show the State confiding to peers that it is the Plaintiff who seeks to use the judiciary, in this suit, (in service of unique economic interests)” the brief says.

The group had more success in Colorado, where it scored records from Colorado State University’s Center for a New Energy Economy about a two-day meeting hosted by the Rockefeller Brothers Fund, which issues grants to various climate change causes.

Handwritten notes from Carla Frisch of the Rocky Mountain Institute and Katie McCormack show that Rhode Island’s director of the Department of Environmental Management, Janet Coit, complained that her state’s General Assembly has been inactive on climate change legislation.

So the State, through Attorney General Peter Kilmartin and private lawyers, sued the energy industry to find a “sustainable funding stream,” according to both sets of handwritten notes.

“(P)laintiffs seek to use the courts in this manner to seek billions of dollars in revenues, for distribution toward political uses and constituencies, raising of which is properly attempted through the political process.”

Climate change litigation has come to several jurisdictions, most recently Hawaii. The cases allege the energy industry has created a "public nuisance" and seek to hold it liable for the costs of climate change factors like rising sea levels.

The lawsuits are first filed in state courts, which plaintiffs prefer, before defendants like Chevron, Exxon and BP remove them to federal court.

In New York City and San Francisco, federal judges accepted jurisdiction over the cases and dismissed them, reasoning that they ask the judiciary to impose greenhouse gas policy when that job is for lawmakers and other government officials.

But some federal judges – in California and Maryland – have sent the cases back to state court. The Rhode Island case was also remanded, leading to the defendants’ appeal to the First Circuit.

When Fort Lauderdale, Fla., was recruited by Sher Edling, which is representing Rhode Island, expressed concern that the San Francisco and Oakland cases were dismissed, a lobbyist for the firm emailed that state courts are the “more advantageous venue for these cases,” according to EPA.

“It is hard to imagine a more striking case where fear of state court bias could be a concern than is presented in the instant matter,” EPA wrote.

“Stated otherwise and even more affirmatively, the hope for state court bias is demonstrably at play in the instant matter.”