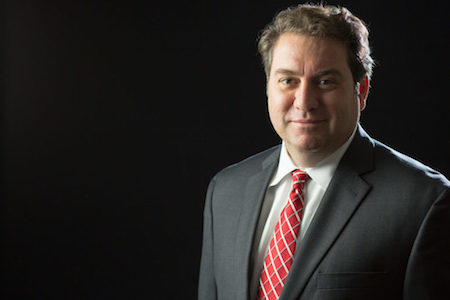 CINCINNATI (Legal Newsline) – The top legal officials in several states are complaining that their powers have been stolen by the federal judge overseeing more than 2,000 opioid lawsuits.

Last week, the attorneys general of 12 states and the District of Columbia cautioned that a “negotiation class” created by Judge Dan Polster to prod opioid defendants toward settlement has handed unusual power to private lawyers like Joe Rice of Motley Rice who were appointed to lead that class.

It’s another chapter as in the split between states, which are pursuing their opioid cases in state courts, and cities and counties that have their cases in federal court. Those federal cases have been consolidated in a multidistrict litigation in Cleveland overseen by Polster, who created a negotiation class that states are shut out from.

State AGs say cities and counties are agencies of the states and shouldn’t be involved in the litigation. Cities and counties say they’ve acted on their own to preserve their rights to whatever is recovered from opioid manufacturers and distributors and pharmacies blamed for the nation’s addiction crisis.

“By permitting a national class of local governments to settle claims that they have no state-law authority to litigate, the District Court has created an alternative to state government; it has freed the subdivisions from state control and thus invaded state sovereignty,” says the states’ brief, authored by Arizona Attorney General Mark Brnovich’s staff.

“And if the certified class succeeds in reaching a settlement, the class-certification order will have inflicted still more damage on state interests by diverting finite opioid-settlement funds to political subdivisions and away from the States.”

The brief came in the appeal of the order creating the negotiation class, a mechanism that created “absolute panic” last year as cities and counties had to decide whether to opt-in to the class or hope for more money by pursuing cases separately.

The plan would allocate 75% of any settlement to counties, leaving for later the question of how to share the money with the cities within them, and steer as much as 25% to private lawyers representing municipal plaintiffs. It could produce a multibillion-dollar payday for many of the same lawyers who shared in $14 billion in fees from the $260 billion tobacco settlement in 1997.

There are other technical legal questions in play – like how a judge could appoint a negotiation class in a case that isn’t a class action.

“The District Court, apparently, concluded that it could certify the class because it had to.”

Federal bellwether trials are scheduled for later this year, as is a state court trial in New York. One has already been completed in Oklahoma.