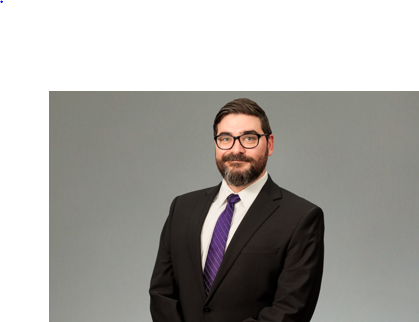 CLEVELAND (Legal Newsline) - Cities and counties are worried and confused as they face a November deadline to join or opt out of an unprecedented “negotiation class” that could determine how much money they get from opioid litigation, a lawyer who represents Texas municipalities said.

“Absolute panic,” said Jonathan Novak, a former Drug Enforcement Administration official who now is an attorney with Fears Nachawati in Dallas. “Towns of 300 people are asking me `What is this? What is going on?’”

The negotiation class is just one tool private lawyers have devised to try to gain control over litigation they launched against opioid manufacturers and distributors, after signing up thousands of cities and counties as individual plaintiffs. The strategy contrasts with tobacco litigation in the 1990s, when many of the same lawyers enlisted state attorneys general as clients and ultimately negotiated a $260 billion settlement in 1997.

With opioids, the road to settlement is much less clear. Speakers at an NYU Law School panel Thursday said the legal theories plaintiff lawyers are using are untested and the sheer number of plaintiffs and defendants defeats any normal method for negotiating a global settlement.

Attorney Joe Rice, a leader of the plaintiffs’ negotiating committee in opioid multidistrict litigation and architect of the tobacco settlement before it, acknowledged he faces opposition from some state attorneys general who want to negotiate their own settlement with the opioid industry but said “most AGs believe this is a problem that must be settled jointly.”

Hence the negotiating class. U.S. Judge Dan Aaron Polster earlier this month approved a proposal for all 33,000 or so U.S. cities and counties to be included in a class with predetermined rules for distributing settlement proceeds unless they opt out in the next 60 days. They only find out later how much money will be distributed, at which point 75% of the class members must approve any deal.

Novak said he thinks most municipalities will ultimately join the class but the notice is confusing to many of them. He expects the plaintiff lawyers who blanketed Texas and other states to try to recruit clients for opioid suits will be getting calls from municipal officials now asking about the negotiating class.

“They have our cards,” he said.

Rice acknowledged the negotiating class, a blend of concepts from class action and bankruptcy law, was “a novel approach,” but said it represents the only way to present the defendants with an end to the litigation.

“The defendants said `Joe, how can you give us closure?’” he said. “And the only way we could come up with was to create a mechanism to provide with some level of assurance that if the deal was fair, people were prepared to speak together and take it.”

Other speakers at the conference were less confident the process will run as planned. Already Purdue Pharma has filed for Chapter 11 bankruptcy because of the crushing expense of defending itself against so many lawsuits. David Bernick, a Paul Weiss partner who pioneered the use of bankruptcy to manage mass tort claims, said the problem with the litigation is it is racing ahead while key legal questions are unresolved, such as whether public nuisance law even applies to products like pharmaceuticals.

The first bellwether trial in the opioid MDL is scheduled to begin Oct. 21, featuring as plaintiffs Summit and Cuyahoga counties in Ohio. If it proceeds to verdict and defendants lose, it will be 18 months at the very least before any appeals can be heard. In the meantime, more bellwether cases are set for trial monthly in state and federal courts. Defendant companies likely will be forced to settle before the legal issues raised by the first bellwether trial are resolved on appeal, Bernick said.

“How many companies will be around by then?” asked Bernick, who represents members of Purdue’s founding Sackler family. “If the plaintiffs are lucky, no one will be around – well, maybe Johnson & Johnson. There will be several more bankruptcies.”

More plaintiffs are likely to emerge as companies enter bankruptcy, the panelists said. So far there are almost no individuals suing over opioids, for example, but the process for assessing claims in bankruptcy is less stringent than in civil lawsuits, Rice said.

An injury “doesn’t have to be fully manifested,” he said, borrowing language from asbestos litigation, in which he has broad experience. Plaintiff lawyers have already started filing claims in the bankruptcy of opioid manufacturer Insys, he said, and they can be expected to do the same with Purdue. Government entities can’t sit on the unofficial creditors’ committees that are dominated by plaintiff lawyers in most mass tort bankruptcies, he said.

Bernick, who has handled bankruptcies for asbestos companies and breast implant manufacturer Dow Corning, said he doesn’t think litigation is the proper approach to the opioid crisis. The plaintiffs have chosen legal theories that sidestep conventional products liability law as well as the fundamental requirement of most tort cases that the plaintiff prove causation.

The bellwether trials will focus on public nuisance and racketeering laws and rely on “aggregate proof” instead of citing specific physicians who were misled into prescribing too many opioids. The biggest problem most of the suing governments are facing now is deadly illegal fentanyl.

“Yet right in the middle if this fentanyl crisis, all these states and all these counties are saying `Oh, we’re going to solve the crisis, we’re going to sue a bunch of people’ and dig up what happened 20 years ago and pretend there’s illumination and not solve the problem today,” Bernick said.