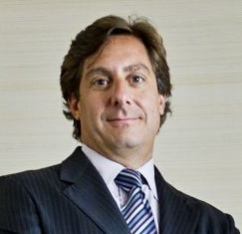 A proposed “negotiation class” to settle all opioid litigation by U.S. cities and counties could be in deep trouble, as the U.S. Court of Appeals for the Sixth Circuit considers an appeal of the order creating the controversial class and lawyers in two states with big claims urge their clients to opt out before a Nov. 22 deadline.

Private attorneys representing counties in West Virginia and New York are advising their clients to steer clear of the negotiating class and press their claims in state court instead. West Virginia is considered Ground Zero for the opioid crisis, with the nation’s highest overdose death rate per capita. A New York judge, meanwhile, has set an aggressive Jan. 20 trial date for lawsuits by the state and two counties, exposing the opioid industry to tens of billions of dollars in potential liability and inspiring other municipal plaintiffs in New York to bypass national negotiations in favor of consolidated state-court litigation in Suffolk County.

“We believe the firm trial date will drive a quicker resolution at higher values,” said Paul Napoli, of counsel to Napoli Shkolnik, which represents Nassau County and other municipalities around the state as well as numerous plaintiffs in national multidistrict litigation concentrated in federal court in Ohio.

With a bellwether trial on the question of industry liability scheduled to begin in less than three months, Napoli said in an e-mailed comment, “the New York governmental entities are in a unique position to retain the ability to vote on any settlement proposed and not be bound by any national agreement required by participation the Negotiation Class.”

In West Virginia, lawyers who managed to get their cases remanded from the federal MDL back to state court say the allocation formula laid out in the negotiation class doesn’t pay enough. Harrison County, for example, stands to gain $130,000 per $1 billion in settlement – before legal fees and before it splits the proceeds with cities within the county.

“It’s just wholly inadequate,” said Sam Madia, outside counsel for Harrison and several other West Virginia counties. “We think when we get the defendants and put their feet to the fire with a West Virginia trial, they will sit down and negotiate for significant money.”

Clayton Fitzsimmons, whose firm represents 13 counties in West Virginia, also said “we feel it’s in our clients’ best interest to opt out of the national negotiation class.”

The defections undermine the premise behind the controversial negotiation class, which is to give defendant companies a single group with which to negotiate a global settlement. Deep-pocketed companies like Johnson & Johnson, McKesson and Walmart argue they face the least liability based on their market share and conventional theories of tort law, yet are being asked to pay the most.

Many of the lawyers at the top of the plaintiffs’ executive committee in the federal opioid MDL, such as Joe Rice of Motley Rice and the Simmons Law Firm, came to prominence as asbestos lawyers. They proposed the negotiation class to solve a problem largely of their own making. Instead of recruiting state attorneys general as clients, as they did with tobacco litigation in the 1990s, private lawyers fanned out around the country recruiting thousands of cities and counties to sue the opioid industry.

They said this was to prevent what happened with tobacco, where most of the $260 billion, multiyear settlement has flowed straight into state treasuries – after $14 billion in fees to private lawyers – instead of being deployed to treat smoking-related health problems. But having recruited more than 2,000 municipal plaintiffs, the lawyers still had the problem of assuring opioid defendants they wouldn’t be sued by the remaining 28,000 or so U.S. cities and counties that haven’t joined the litigation so far.

Wary of the experience with asbestos litigation, where mass settlements simply inspired plaintiff lawyers to file more claims against an ever-broader collection of companies, opioid defendants are unlikely to enter into serious talks with the negotiation class if they think they will face huge and unpredictable liability in state courts around the country.

The proposed solution was the negotiation class, which would include every city and county unless they opt out. The unprecedented class was approved by U.S. District Judge Dan Polster in September over the objections of many state AGs and distributor defendants, who say it violates federal law and constitutional protections laid out in multiple U.S. Supreme Court decisions. Under existing class action law, for example, class members have the right to opt out of a settlement if they disagree with its financial terms.

Under the negotiation class approved by Judge Polster, all 30,000 cities and counties must decide on the front end whether to remain in the class, before there is any money on the table. Judge Polster has said it is unlikely he would allow a second opt-out period after a settlement is negotiated, in clear conflict with Supreme Court precedent.

“In the normal course you’d sit down with the client and say `here’s how much money’s on the table, here’s how much you get.’ There’s no money here,” said Madia. “We didn’t like anything about it, we didn’t think it was fair, and that’s why our unwavering position is to stay out.”

The two attorneys at the head of the negotiation committee, Jayne Conroy and Chris Seeger, declined comment. The Sixth Circuit has agreed to hear an appeal of the legal objections to the judge’s order, saying in a Nov. 8 order that the questions presented are “novel and important” and could have implications for future class actions.

In a hearing last week, even Judge Polster expressed something close to despair over bringing the litigation to a close. With state AGs, who aren’t subject to his jurisdiction; cities and counties that may or may not be included in the federal MDL; Indian tribes; labor unions; and other plaintiffs in pitched legal battle against distributors, manufacturers and pharmacies, the litigation he once hoped to end last year has no end in sight.

“This model isn’t sustainable,” Judge Polster told lawyers for the plaintiffs and defendants during a Nov. 7 status conference. “If I want to use a biblical model, I'd have to be Methuselah and live thousands of years, and do this one year at a time - that being facetious.”