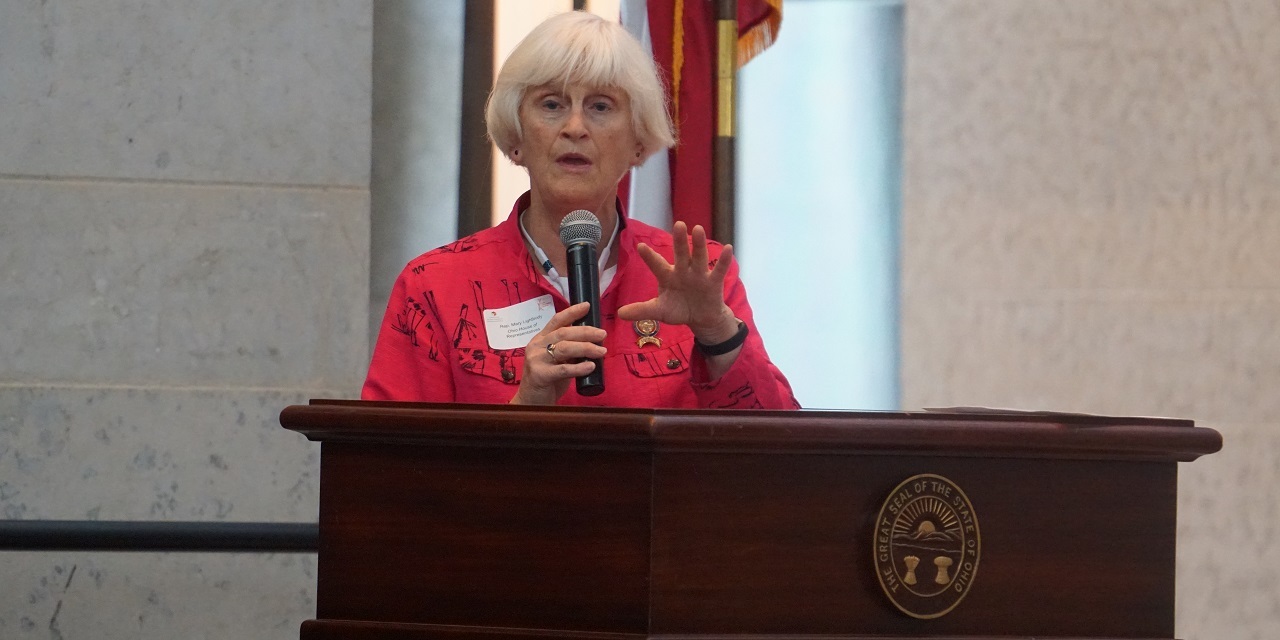 That level has been undercut by several states that have established levels much lower, sometimes in coordination with hiring private lawyers to pursue state lawsuits on contingency fees.

PFAS don't readily break down but do readily pass through soil and drinking water, where some say they threaten the health of humans and wildlife alike and have become a global pollutant linked to cancer and other illnesses.

The scientific community is not in agreement about what levels of PFAS - if any - are toxic.

HB 497 was referred to the House Health Committee on Feb. 11 and has been there ever since.

"People across Ohio are being exposed to unsafe drinking water that is polluted with dangerous toxins and contaminants, putting our citizens' health and safety at risk simply by drinking the water that flows into their homes and public places," Russo said in news releasing announcing HB 497. "Our legislature has an obligation to ensure every resident in every community of Ohio has access to safe and clean drinking water. By introducing the Safe Drinking Water Act, we can ensure Ohioans have safe drinking water, as well as set a national example for other states to follow."

"However, Ohio currently has no established maximum levels for many known drinking water contaminants," the news release said.

The Safe Drinking Water Act would establish standards in Ohio that are considered "safe" but the proposed legislation does not itself establish what those levels are.

"The scientific data being gathered on these dangerous toxins has created an imperative to address the need for clean water and the elimination of pollutants in our environment," Lightbody said in the news release.

Meanwhile in Washington, partisan efforts by Democrats to regulate PFAS have largely failed, with the Republican-controlled U.S. Senate putting on the brakes.

House Resolution 535, the PFAS Action Act of 2019, would address regulation and toxicity levels for PFAS. HR 535 passed the House in January but is "strongly opposed" by the Trump administration and now is in the U.S. Senate's Committee on Environment and Public Works, where it is expected to die.

Despite the lack of federally established PFAS regulation and toxicity levels, some states are going after chemical manufacturing companies in court.

Almost a year ago, New Jersey filed lawsuits against companies in that state. New Jersey alleges those companies polluted the state's soil and ground water with PFAS and used its own standards of PFAS toxicity to argue those companies should be responsible for cleaning up the pollution.

The New Jersey lawsuits were part of what has been called "a wave of litigation" in the U.S. over PFAS, including complaints being pursued in West Virginia, New Hampshire, Vermont and New York.

That much of that litigation - particularly in Michigan, New Jersey and New Hampshire - is being pursued by private lawyers on contingency fees is causing concern that money more than concern about PFAS toxicity is behind those lawsuits.

In New Hampshire, PFAS litigation in part through private attorneys lawyers is viewed as a budget relief measure.

Ohio also is pursuing PFAS litigation through its attorney general and that office's attorneys.

New Jersey and Vermont, along with California and Massachusetts, also are going the same route as Ohio of taking state-level action via litigation and establishing for themselves what levels of PFAS are toxic.

Want to get notified whenever we write about Ohio House of Representatives ?

Sign-up Next time we write about Ohio House of Representatives, we'll email you a link to the story. You may edit your settings or unsubscribe at any time.