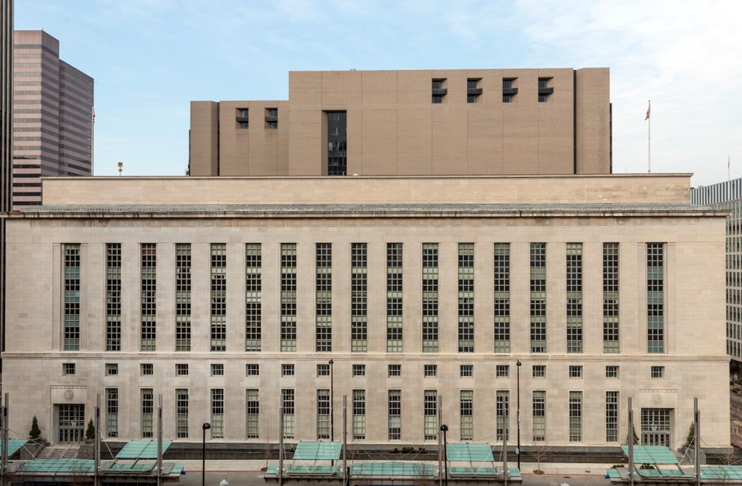 CINCINNATI (Legal Newsline) – The American Civil Liberties Union is telling a federal appeals court that the judge overseeing thousands of opioid cases created a serious privacy issue when he ordered pharmacies to turn over 13 years’ worth of patient records.

Judge Dan Polster in Cleveland, at the request of plaintiffs lawyers, ordered pharmacies facing lawsuits by more than 2,000 cities and counties to disclose these records in advance of bellwether trials that will feature plaintiffs Cuyahoga and Summit counties.

The pharmacies – which include CVS, Rite Aid, Walgreen and Walmart – are asking the U.S. Court of Appeals for the Sixth Circuit to stop Polster from enforcing his order. The ACLU told Legal Newsline two weeks ago that it had some concerns with Polster’s order.

On Jan. 24, the ACLU submitted a friend-of-the-court brief to the Sixth Circuit in support of neither side, though it supports the pharmacies' ability to challenge the order on privacy grounds.

“(The pharmacies) are required to produce 13 years’ worth of detailed nationwide prescription information not only to Plaintiffs Cuyahoga and Summit Counties, but also presumably to the hundreds (or more) of other plaintiffs whose opiate dispensing claims against the pharmacies may be litigated in later phases of this MDL,” the brief says.

“Because the prescription records at issue — which appear to include both opioids and a host of other commonly prescribed medications, such as Xanax, Adderall, and buprenorphine — can reveal highly sensitive information about patients’ underlying medical conditions, their disclosure implicates patients’ rights under the Due Process Clause and the Fourth Amendment.

“In light of the serious harm that could flow from misuse or inadvertent disclosure of this protected information, any discovery order must be narrowly tailored to account for these interests.”

The pharmacies are making other arguments against Polster, claiming he has acted as if the Federal Rules of Civil Procedure do not apply to the opioid multidistrict litigation. From the time he was assigned the MDL, Polster has steered the parties toward settlement.

They are complaining to the Sixth Circuit that Polster let the bellwether plaintiffs amend their lawsuits after their cases had already proceeded to summary judgment and trial phases. They also said he refused to let the pharmacies submit motions to dismiss the new legal claims.

And, of course, they take issue with the order requiring the disclosure of patient records.

“The district court entered this sweeping order with little regard for the breathtaking scope of sensitive protected health information at issue, or the significant privacy risks that production would entail,” the pharmacies wrote.

“And rather than justifying the ordered discovery as relevant or proportional to Plaintiff Counties’ claims, the district court assumed (without finding) that nationwide data might be relevant to other, unspecified cases in the MDL.”

To that point, the ACLU is recommending protective measures like de-identification of records, limitations on the geographic scope of records and a special master to oversee their privacy.

These records, the ACLU says, provide a window into the “privacies of life” of millions of people, and it disagrees with the plaintiffs who argue that the pharmacies lack standing to raise privacy concerns when fighting Polster’s ruling.

“To the contrary, custodians of medical records may raise patients’ privacy interests in order to protect those records from disclosure,” the ACLU brief says.

And it says plaintiffs’ proposed de-identification of records, which would have names and addresses replaced with anonymized identifier before being turned over, doesn’t go far enough.

“Although this sort of de-identification can make abuse of the information more difficult, the academic and popular literature is replete with examples of large sets of de-identified records being re-identified by cross-referencing them with other publicly available data sets,” the ACLU says.

“Here, for example, de-identified prescription data that includes the dates and locations where each prescription was issued by a physician and filled by a pharmacist could be re-identified by cross-referencing them with large nationwide databases of individuals’ location histories, which can place people at doctors’ offices and pharmacies at particular times.”

In a December order, Polster rejected the privacy arguments of defendants, saying he was sure both sides would honor previous orders protecting the identity of individual patients.

He also rejected complaints by pharmacy operators that the data plaintiffs seek is already contained in Ohio’s OARSS system, a prescription database similar to those in nearly every other state designed to track retail sales of controlled narcotics to detect doctor-shopping and other abusive practices.

The ACLU and at least two states don’t take such a sanguine view of court-ordered discovery of prescription records. In a filing last month in federal court in Colorado, the civil rights organization said it supports the Colorado Board of Pharmacy’s opposition to turning over opioid prescription data to the Drug Enforcement Administration.

The DEA’s subpoena violates the Fourth Amendment prohibition of warrantless searches, the ACLU says, because the information in the prescription database reveals “intimate, private, and potentially stigmatizing details about patients’ health, including details of those patients’ underlying medical conditions.”

New Hampshire is also fighting a DEA demand for records from its Prescription Drug Monitoring Program, saying the federal agency wants to “mine” its database for information about a suspected opioid abuser. The government must get a court order to obtain the records, New Hampshire said, because patients have a reasonable expectation of privacy as to their medical information.