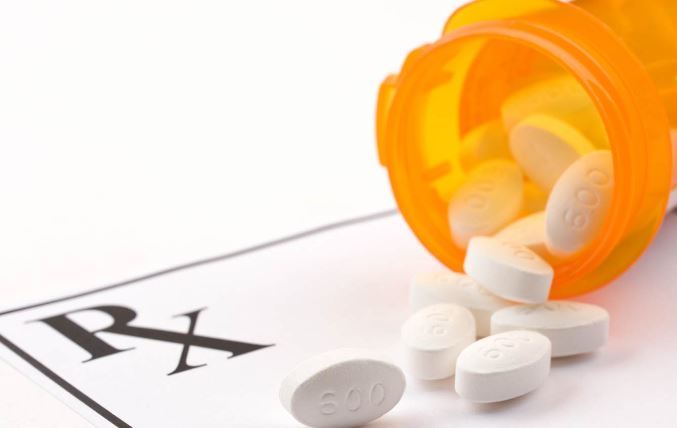 CLEVELAND (Legal Newsline) - A federal judge has ordered the nation’s leading pharmacy chains to turn over billions of nationwide prescription records going back 14 years - even as the American Civil Liberties Union and some states attack similar requests by the government as overbroad and an invasion of privacy.

The State of Ohio, which would likely use prescription records in its lawsuits against opioid manufacturers and distributors, has resisted repeated requests by the companies it is suing for records from its own prescription database. Ohio cited privacy concerns at the same time as two Ohio counties successfully convinced U.S. District Judge Dan Aaron Polster to order the pharmacy chains to open their records to plaintiff lawyers.

The conflicting views on how to treat some of the most intimate information about citizens – their use of opioids and other frequently abused drugs – show how the precedent-setting size and scope of opioid litigation is challenging traditional concepts of both civil law and privacy.

“There may be a need for some of this information but it’s really critical that in the course of trying to protect patients against alleged bad actions by corporate actors, we don’t end up victimizing people by exposure of their records,” said Nathan Freed Wessler, an attorney with the American Civil Liberties Union who is active in litigation opposing efforts by the Drug Enforcement Administration to obtain prescription records. He said the ACLU is closely following Judge Polster’s discovery order, although the ACLU has not yet taken a position on its legitimacy.

In a December order, Judge Polster required pharmacy defendants including Walgreens, Rite-Aid and Wal-Mart to give plaintiff lawyers a record of every prescription they filled nationwide back to 2006. He rejected the privacy arguments of defendants, saying he was sure both sides would honor previous orders protecting the identity of individual patients.

He also rejected complaints by pharmacy operators that the data plaintiffs seek is already contained in Ohio’s OARSS system, a prescription database similar to those in nearly every other state designed to track retail sales of controlled narcotics to detect doctor-shopping and other abusive practices.

The ACLU and at least two states don’t take such a sanguine view of court-ordered discovery of prescription records. In a filing last month in federal court in Colorado, the civil rights organization said it supports the Colorado Board of Pharmacy’s opposition to turning over opioid prescription data to the Drug Enforcement Administration.

The DEA’s subpoena violates the Fourth Amendment prohibition of warrantless searches, the ACLU says, because the information in the prescription database reveals “intimate, private, and potentially stigmatizing details about patients’ health, including details of those patients’ underlying medical conditions.”

New Hampshire is also fighting a DEA demand for records from its Prescription Drug Monitoring Program, saying the federal agency wants to “mine” its database for information about a suspected opioid abuser. The government must get a court order to obtain the records, New Hampshire said, because patients have a reasonable expectation of privacy as to their medical information.

The DEA is presumably seeking information to build criminal cases involving opioid prescriptions, of course, while the thousands of cities and counties suing the opioid industry are merely seeking money. But the ACLU, Colorado and New Hampshire say prescription records, especially those detailing potentially embarrassing mental health conditions, fall within the orbit of information that is presumed to be private.

Prosecutors and police “shouldn’t be able to do this dragnet where they pull up tens of thousands of peoples’ private information,” said Wessler of the ACLU. “There are important reasons why the Framers put some friction between police and peoples’ most private information.”

There are differences between the DEA’s attempts to get prescription data and the discovery process in civil litigation, which is designed to obtain information to gain a better understanding of the truth, Wessler said. But the fact that most of the plaintiffs in the opioid litigation are government entities is cause for concern, he added.

“Those county governments don’t just have a legal department that can bring a civil suit,” he said. “They also have a district attorney, a police department.”

Opioid defendants, who earlier tried to get Judge Polster removed from his role overseeing multidistrict litigation, have complained they are being subjected to a similar process in which plaintiff lawyers will turn over years of prescription data to their hired experts to mine for patterns that can be used to build the case against them.

In a Dec. 20 filing, the pharmacies also said the order raises constitutional questions about privacy, since the records “involve highly sensitive transactions between individuals and pharmacies.”

Judge Polster also refused to restrict his order to Cuyahoga and Summit counties in Ohio, the two plaintiffs in a bellwether trial scheduled to begin this fall.

“The scope of discovery will quickly spiral beyond the Court’s vision for the case if Plaintiffs intend to dispute the propriety of twenty-three years’ worth of prescriptions filled from coast to coast,” they complained.

Judge Polster has made no secret of his desire to oversee a settlement in which the defendants pay plaintiffs tens of billions of dollars, including billions in fees to private lawyers representing most of the cities and counties suing the industry.

Those defendants say it is unfair for them to be forced to turn over detailed prescription data plaintiff experts will mine for evidence of allegedly wrongful behavior when more than 40% of the pills sold in Cuyahoga and Summit counties flowed through independent pharmacies, dispensaries and physicians’ offices that are not being sued.

To try and get at some of those absent defendants, the pharmacies last week filed claims against at least 100 unnamed “John Doe” physicians they say must have improperly prescribed narcotics if the plaintiffs’ theories are correct that an excess number of pills were sold in the counties. The plaintiffs said the filing is a delay tactic unsupported by law. Judge Polster, who has rejected nearly all defense requests so far, is likely to reject this one too.