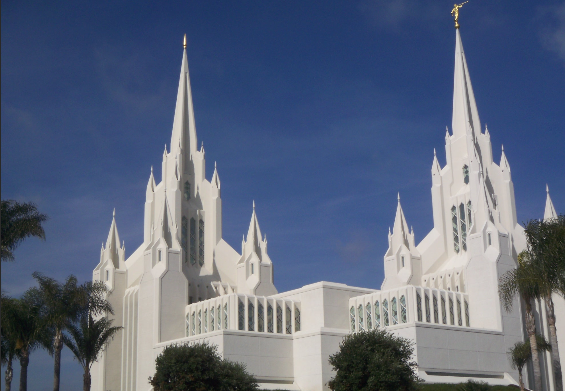 SALT LAKE CITY (Legal Newsline) – An arm of the Mormon church is asking a federal court in Utah to dismiss a lawsuit filed by a former church member who alleges she and other church members were misled by the church teachings regarding the history of The Church of Jesus Christ of Latter-day Saints and the Mormon religion.

The defendant, the Corporation of the President of the Church of Jesus Christ of Latter-day Saints, filed a motion to dismiss Aug. 27 in the U.S. District Court for the District of Utah alleging plaintiff Laura Gaddy's complaint infringes on the First Amendment to the U.S. Constitution.

Gaddy filed the proposed class action against the church Aug. 5 in the same court citing allegations of common law fraud, intentional infliction of emotional distress and other counts. Gaddy alleged that the defendant leaves out pertinent information about the history of the church and its founder Joseph Smith, around which she and other followers based their beliefs and many life decisions. She alleges the key facts the church teaches are "radically different" than its factual history.

In its argument for the dismissal, the defendant said Gaddy's complaint makes a "mockery of both the court and religion" and claims Gaddy is asking the court to "convene a modern-day inquisition into the teachings of The Church of Jesus Christ of Latter-day Saints."

"The law does not call on judges or juries to determine the truth or falsity of any religion," the church said in its motion to dismiss.

"It is not the province of judges or juries to determine whether Moses parted the Red Sea, whether Noah predicted and survived the flood, whether Mohammed ascended to heaven, whether Buddha achieved a state of enlightenment, whether Jesus walked on water, or whether Joseph Smith saw God and Jesus Christ."

In her October response, Gaddy argues her claims are based in the church's "misrepresentations of fact" and not faith. She claims the alleged factual truths "would have altered" her and church members' decisions to remain with and join the church.

"Whatever Smith’s motivations, what remains true is that COP has manipulated the factual history of early Mormonism and has lied about material facts concerning the creation of key scripture," the response states. "The creation of COP’s 'Correlation' Department, reflected a conscious decision by the business entity to mislead its lay members with a false version of its history. Simply, this is a case of fraud in the inducement by COP."