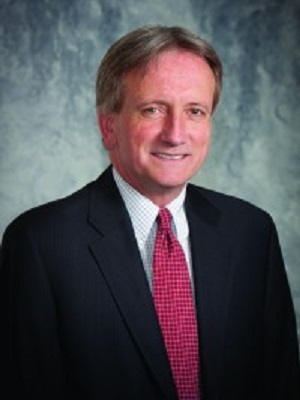 COLUMBUS, Ohio (Legal Newsline) - A federal judge has not yet ruled on a motion filed in October that asks him to reconsider his decision to let continue a PFAS lawsuit that does not allege the chemicals have caused any of the diseases to which they are linked.

The lawsuit seeks to create a nationwide class of everyone who has been exposed to PFAS, a group of chemicals that accumulate in the human body and has earned the nickname "forever chemicals."

However, the toxicity level has been the subject of intense debate as high up as Congress. As the EPA considers setting a maximum contaminant level and as states have begun to set their own, lawsuits like Kevin Hardwick's make their way through the judicial system.

In October, defendants Archroma Management and Daikin Industries, Ltd. filed a motion asking U.S. District Court Judge Edmund A. Sargus, on the bench in Ohio's southern district, to reconsider his earlier denial of motions to dismiss filed by foreign companies named in the case. The motions to dismiss claimed lack of personal jurisdition.

"This Court’s reliance on Plaintiff’s claim that AMLLC and DIL 'released [PFAS] into the world' was made in clear error.  Nowhere does Mr. Hardwick, his counsel, or this Court cite to any facts that would justify exercising jurisdiction under the 'plus' factor," the motion says.

"Both companies submitted affidavits explicitly denying, inter alia, that they have had any contact with Ohio, such as never having distributed, sold, or advertised PFAS products directly to Ohio consumers over the past 40 years. In fact, AMLLC does not even design or make products, a fact that appears to have been completely lost in this analysis."

The following month, Hardwick's lawyers responded with a response asking Sargus to deny Archroma and Daikin's motion, saying the companies "failed to demonstrate any error related to the court's threshold jurisdictional determination that rises to the level of a 'manifest injustice.'"

The motion followed Sargus' decision last September to allow Hardwick's case to move forward, though Sargus did not claim in his original complaint, filed the previous year, to have been made sick by PFAS. In his decision, Sargus did not grant class certification to the case but could later.

In addition to suggesting almost everyone in the country is a party in his putative class action, Hardwick asked the court for "the establishment of an independent panel of scientists" who would be "jointly selected by the parties" and funded by defendants. The panel would research alleged health effects of PFAS and report their findings, which would be "definitive and binding on all the parties," the original complaint said.

Previously, DuPont funded a medical monitoring settlement in lawsuits over PFOA release around one of its plants in western West Virginia. The research provided by that alleged a link to six diseases, including certain cancers. But critics say those findings shouldn't be viewed as legitimate.

Asahi Glass Co. Ltd., was dismissed from the case in March.