Man with no injury allowed to sue over PFAS in bloodstream, but judge doesn't create national class action - yet 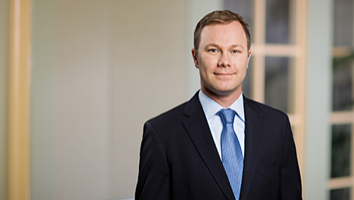 COLUMBUS, Ohio (Legal Newsline) - A federal judge in Ohio on Monday allowed a firefighter to proceed with his lawsuit against 3M, DuPont and other manufacturers of a class of chemicals known as PFAS, although the judge stopped short of transforming the case into a class action on behalf of virtually every person in the U.S., as plaintiff lawyers want.

In his 35-page decision, Judge Edmund Sargus said plaintiff Kevin Hardwick can sue PFAS producers even though Hardwick suffers from no present illness due to the chemicals. Hardwick is seeking medical monitoring and a judicial order creating a “science panel” to study the effects of PFAS on the human body, in what defendant companies say is a transparent effort to obtain evidence for future litigation.

Nearly everyone has PFAS molecules in their bloodstream because the highly persistent chemicals were used in everything from firefighting foam to nonstick coatings on cookware. Hardwick’s lawyers are seeking to establish a class action on behalf of anyone exposed to PFAS. But Judge Sargus wrote in his opinion that he only reviewed “the plausibility of Mr. Hardwick’s individual claims” and made “no determination as to whether they are appropriate for class certification.”

The decision is nevertheless “very significant” and could open the door to massive new liabilities for the chemical industry, said Matthew Thurlow, a partner with Baker Hostetler in Washington active in environmental litigation including claims over the gasoline additive MTBE.

“If you’re not required to show by law there that there has been any health impact, then literally every human being in the U.S. is potentially in that class,” Thurlow said. “I am sure the defendants will appeal and it is very uncertain whether Judge Sargus’ opinion will survive Sixth Circuit challenge.”

The Environmental Working Group, which lobbies for stricter environmental laws and frequently works in concert with plaintiff attorneys, hailed the decision.

"In support of its motions to dismiss, corporate defendants responsible for producing toxic fluorinated chemicals argued Mr. Hardwick did not allege an injury or state a claim for relief," said Caroline Leary, EWG’s general counsel

"While the court’s ruling was limited to Mr. Hardwick’s individual claims and injuries, the significance of the ruling is that Mr. Hardwick’s class action complaint — which includes every U.S. resident with detectable levels of PFAS chemicals in their blood who have claimed they have been injured as a result of exposure —  is proceeding. Even though the court has yet to certify the class action, PFAS victims are one step closer in the fight to hold PFAS makers accountable."

Hardwick is represented by attorney Rob Bilott, partner at Taft Stettinius & Hollister in Cincinnati who represented residents near a DuPont factory in West Virginia and negotiated a 2005 settlement that established a panel of epidemiologists to determine whether medical monitoring was required. The panel found PFAS were linked to several diseases including kidney and testicular cancer, requiring DuPont to pay another $235 million for medical monitoring.

Bilott, a former corporate defense lawyer who switched sides, is played by actor Mark Ruffalo in “Dark Waters,” a film about the litigation scheduled for release in November.

Judge Sargus, a Clinton appointee, said it is “not exceptional” to request a science panel as a form of so-called equitable relief, where the court orders specific actions to be taken instead of simply paying money damages to the plaintiff.

To support his decision, the judge relied on two cases in which the plaintiffs actually lost.  The Ohio Supreme Court upheld the concept of medical monitoring in a 2004  decision, Wilson v. Brush Wellman, the judge wrote, although the court actually refused to certify a class of workers exposed to beryllium fumes because they were too diverse. The judge also cited a 2011 decision by the Sixth Circuit Court of Appeals that rejected a claim for medical monitoring after a chemical train derailed but said Ohio law might allow a different plaintiff with better evidence to succeed.

Medical monitoring is a controversial idea that plaintiff lawyers have promoted to handle claims where their clients have been exposed a to chemical but can’t claim any injuries from it. After an explosion of asbestos lawsuits based only on exposure to the mineral most courts established special dockets for uninjured plaintiffs.

Class actions seeking medical monitoring have also mostly failed, although the Third Circuit Court of Appeals last year allowed a case to proceed by residents near two military bases in Pennsylvania. If more courts endorse the concept, companies could face vast new liabilities based on products they manufactured decades earlier, regardless of whether they caused any injuries.

Hardwick sued 3M, du Pont and several other PFAS producers, saying they had marketed PFAS in such a way as to cause the contamination” of his blood, increasing the risk of various cancers and other conditions including hormone and liver changes. Despite knowing these risks the companies continued to produce PFAS and “actively misled the public and regulators” by minimalizing or trivializing “the information that was published in peer-review journals, released by any governmental entity, and/or otherwise made available to the public.”

The defendants have compounded the harm by continuing to deny PFAS has any adverse effects, the lawyers say. That allegation echoes complaints against Monsanto over glyphosate, the active ingredient in Roundup herbicide, which the Environmental Protection Administration says is noncarcinogenic, as well as against Johnson & Johnson, which denies there is asbestos in its talcum powder. In those cases, lawyers have crafted a picture of corporate misconduct in part to deflect attention from ambiguous or unsupported scientific claims that the products they are suing over actually cause disease.

“This is basically framing PFAS as glyphosate II,” Thurlow said of the allegations in the Ohio case.