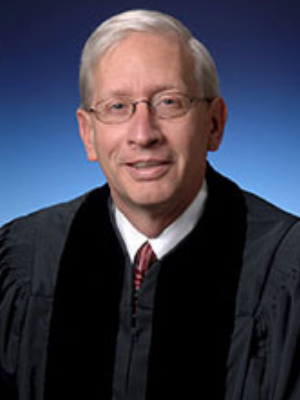 COLUMBUS, Ohio (Legal Newsline) - The Cincinnati Enquirer won’t receive its writ of mandamus but will get attorney fees and court costs in a lawsuit against the City of Cincinnati concerning a request for body-camera footage.

The Ohio Supreme Court ruled on the case on Sept. 26.

The Enquirer asked the court for a writ of mandamus, claiming that as of yet, the police department has not offered access to the entire body-camera footage relating to a controversial arrest. While it provided footage to reporter James Pilcher, some of it was redacted to protect the identity of plain-clothes officers who were acting in a covert capacity.

Considering this, the Supreme Court said the Enquirer is not owed a writ of mandamus.

“Police officers ‘have a fundamental constitutional interest in preventing the release of private information when disclosure would create a substantial risk of bodily harm, and possibly even death, ‘from a perceived likely threat,’” the Supreme Court said.

It noted that the city’s Assistant Police Chief Teresa Theetge did offer an affidavit that the officers in the footage conducted themselves in a “covert capacity,” and that the footage being made public could harm that.

Interestingly enough, the Enquirer didn’t file a response to the affidavit, nor did it challenge the idea that the officers would be at risk if their identities became known. The Supreme Court said, “We accordingly conclude that the redactions were proper. Because the city has otherwise provided the body-camera footage to Pilcher, we deny the Enquirer’s request for writ of mandamus as moot.”

Still, the Supreme Court did rule that the Enquirer should get attorney fees and costs related to the litigation. It pointed out that the city did confess that five of the videos from the body cameras included very minute footage and “show nothing more than police officers driving,” according to the opinion. The city said this shows its good faith because it didn’t hide anything that would be considered significant. But the Supreme Court interpreted this in the opposite manner.

“If those five videos were so plainly lacking in investigative value, then the city’s failure to produce them suggests the possibility that the city never bothered to review any of the videos to see what they contained,” said the Supreme Court.

While the city also argues that taking the time to look at 19 body cameras is intense, its previous statement proves that it never really took the time to review all of the footage to begin with.

The Supreme Court determined that the city didn’t act in good faith when handing over the body-camera footage, so the Enquirer is owed attorney fees.

The publication filed suit after Cincinnati officers arrested Richard Coleman and James Crawley after tazing them and charging them with resisting arrest. While the officers were wearing body cameras, the city shut down the Enquirer’s request for the footage, stating that they are protected as a “confidential law enforcement investigatory records,” based on the opinion.

The Enquirer then sued for writ of mandamus, and the Supreme Court greenlighted an alternative writ of mandamus and created a schedule for the presentation of briefs and evidence, as well as demanded the city to issue the body-camera videos to the court. The footage would be sealed.

The city followed the instructions and the publication then filed a motion for an oral argument, which was unopposed. After the oral argument, the Supreme Court told the city to submit supplemental evidence to display if the responding officers’ behavior was “in a capacity under which their identities could be exempted from disclosure,” according to the opinion.