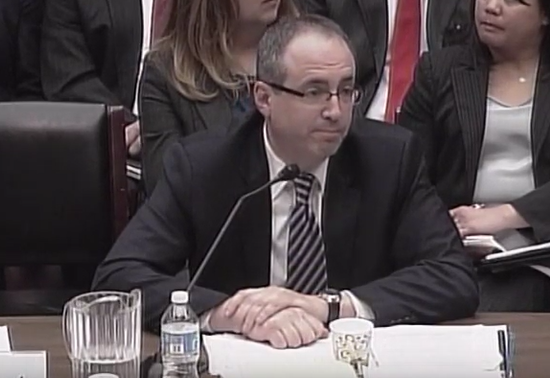 During the boom of the addiction crisis in America, opioid distributors were told to figure out a system for identifying suspicious orders but what they came up with could never be given a stamp of approval from federal regulators – even if they asked.

Instead, as the former agent-in-charge said, it was a “business decision” that the Drug Enforcement Administration stayed out of. Rather than have their business practices validated, companies waited to see if they’d be penalized for violating a regulation some considered ambiguous. An audit suggested distributors should be given more direction.

“And there was not any sort of guidance or checklist that were provided by DEA registrants as to what was required to be in a suspicious order monitoring system, correct?” Joe Rannazzisi was asked at a deposition earlier this year.

“The regulation stands on its own. I believe the regulation says, the registrant shall design and operate a system that identifies and reports suspicious orders," he said.

“Again, it’s a business decision based on what the registrant needs are and the (DEA) does not tell a registrant what that specific system should look like.”

The term “business decision” was a theme during questioning by attorneys for companies defending themselves in the sprawling opioid litigation that has already sent one company, OxyContin-maker Purdue Pharma, into bankruptcy. Rannazzisi's own business decision has him now making $500 an hour working for plaintiffs lawyers who are seeking their shares of the billions in fees the opioid cases will possibly generate.

In his deposition, Rannazzisi, who headed the DEA’s Office of Diversion Control from 2005-2015, said he never inspected a distributor’s suspicious order monitoring system. The DEA did not give approval to particular systems either.

"So how does a registrant know that their system is enough that its compliant with the regulations?" he was asked.

"Because the regs tell them that they must design and operate a system that identifies suspicious orders and they have to report," he said.

Rannazzisi’s leadership has come into question by companies in the litigation, years after a “60 Minutes” piece hailed him as a whistleblower whose efforts to stop inappropriate opioid shipments were cut off by Congress and corporations. A plaintiffs lawyer called him the "60-Minute Man" during another deposition.

Legal Newsline previously reported that if a company would have asked the DEA if a shipment was suspicious, it would not have received any guidance.

By the time he wrapped up his tenure, the companies he regulated did not seem to have a high opinion of him. According to an audit by the Government Accountability Office, less than 40% of registrants surveyed believed that DEA enforcement actions helped decrease prescription drug abuse and diversion.

Distributors, specifically, seemed disconnected from the DEA at this time. Rannazzisi set increasing production quotas nearly every year for opioid manufacturers and then blamed distributors when those pills were sent out.

Manufacture of opioids rose dramatically under Rannazzisi. The regulation Rannazzisi says distributors were to follow required them to question orders of unusual size and frequency that substantially deviated from the normal ordering pattern. It was implemented in the early 1970s.

“I don’t know. I mean it’s up to the distributor to decide how he’s going to define what a ‘pattern’ is as compared to an unusual size or frequency,” Rannazzisi answered.

A court decision from 2007 regarding a supplier was sent to registrants, but Rannazzisi’s answer to questioning indicated its meaning could be open to interpretation.

“I don’t know exactly what would you learn from it. Everybody takes things away from opinions (and) decisions differently,” he said, adding that it reinforced initiatives and memos regarding distributor obligations.

As distributors claimed they weren’t sure what was required of them, the GAO audit agreed. It recommended, among other things, that the ODC should develop guidance for distributors regarding the monitoring and reporting of suspicious orders.

That recommendation remains open more than four years later. The GAO website says the DEA has revised current regulations regarding suspicious orders, and that the draft was undergoing internal review.

It had anticipated sending the draft to the Department of Justice earlier this year.

Rannazzisi took aim at the GAO report, claiming the manufacturers and distributors had “just come off of investigations conducted by DEA.”

“And all of them, the complaints, if I remember correctly, were, ‘DEA was not communicating with us,’” he said.

Rannazzisi stood by the letters sent, conferences held and inspections conducted as proof the DEA was active in trying to address registrants’ concerns.

“How they create that system is a business decision and as long as it identifies and reports suspicious orders… and they are comfortable with that system, then they have a system,” he said.

Want to get notified whenever we write about U.S. Drug Enforcement Administration ?

Sign-up Next time we write about U.S. Drug Enforcement Administration, we'll email you a link to the story. You may edit your settings or unsubscribe at any time.