NORMAN, Okla. (Legal Newsline) - A state judge in Oklahoma has blamed Johnson & Johnson for the state's opioid crisis and ordered it to pay $572 million in damages, extending public nuisance law beyond its traditional boundaries into what may become an all-purpose tool for government lawsuits against product manufacturers.

In a brief hearing on Monday, Cleveland County Judge Thad Balkman said Oklahoma met its burden under the state’s public nuisance statute to show that “misleading marketing and promotion of opioids” by J&J and its Janssen pharmaceuticals unit “compromised the health and safety of Oklahomans.”

Johnson & Johnson immediately said it plans to appeal the judgment. 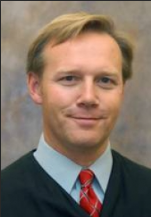 “Janssen did not cause the opioid crisis in Oklahoma,” the company said, “and neither the facts nor the law support this outcome."

The judgment, if upheld, would represent a huge return on investment for the private lawyers hired by Oklahoma’s Republican Attorney General Mike Hunter. Under their 2017 contract with the state, those lawyers -- Whitten Burrage, Nix Patterson and Glenn Coffee & Associates -- get 25% of any award up to $100 million with that percentage falling to 15% of anything over $500 million.

They stand to earn $90 million in fees from this verdict, on top of $59 million of the $260 million Purdue Pharma settlement and another $21 million from an $85 million Teva settlement in June. Oklahoma Ethics Commission records show the lawyers picked by Oklahoma and their families gave more than $95,000 during Hunter’s campaign. Having been hired in 2017, they had an interest in keeping Hunter in office.

In a 42-page decision released shortly after his announcement before a packed courtroom, Judge Balkman detailed an “abatement plan” to address opioid related social problems, consisting of one year of the state’s requested 20-year, $17 billion package. The judge said he was only ordering J&J to pay a single year’s costs -- $572,102,028 – because the state didn’t provide proof of time and costs necessary to abate the opioid crisis in later years.

In repeated motions to halt or dismiss the case, the manufacturer argued Oklahoma law didn’t provide for public nuisance lawsuits over products and couldn’t be used to obtain money damages, as opposed to a court order to remediate the nuisance. The company also argued it couldn’t be held liable for the entire cost of the state’s opioid crisis, since its products were particularly abuse-resistant and never achieved more than 5% market share.

Judge Balkman rejected each of the company’s arguments and hit J&J with the full one-year cost of the state’s abatement program, reciting verbatim Oklahoma’s requested items from outpatient addiction treatment services for every state resident to universal neonatal screening for opioid addiction.

The Oklahoma decision gives fresh support to a legal theory that has been tried numerous times with guns, lead paint and most recently, climate change. Nearly every court to consider public nuisance claims against product manufacturers has rejected the claims because of the basic principle of control: To be responsible for a nuisance one must have control over whatever caused it.

“Nuisance is an activity" such as garbage dumping, or playing loud music and interfering with someone else’s use and enjoyment of their property, said Victor Schwartz, co-chair of the public policy group with Shook Hardy & Bacon and author of a widely used casebook on torts.

“I don’t care what the court says, the seller, once it’s out of his hands, doesn’t have control of the nuisance,” Schwartz said. “Not in the way of someone who puts a bar across the street and blocks traffic.”

Judge Balkman rejected the distinction, saying during the hearing that the opioid crisis “is a temporary public nuisance that can be abated and the proper remedy is equitable abatement.”

“The opioid crisis has ravaged the state of Oklahoma,” he said. “It must be abated immediately.”

The judge ruled several weeks after the end of an eight-week trial, which was surprising given J&J’s small share of the opioid market and the prominent play the state’s lawyers gave to Purdue Pharma for initiating the crisis with the 1996 release of OxyContin, a long-acting opioid that was highly prone to abuse.

Janssen’s products, a fentanyl patch and a hard-to-crush pill, were less susceptible to abuse and the company argued its marketing efforts were directed at convincing doctors to switch their patients away from Oxycontin and equivalents.

The judge cited most of the state’s key points in his ruling, however, including the fact J&J owned a subsidiary, Noramco, that produced the active ingredient in opiates made by other companies. Plaintiff lawyers said that made J&J a “kingpin” of the opioid trade, an argument the judge accepted. J&J said Oklahoma law doesn’t permit liability against the supplier of raw materials manufactured by another company.