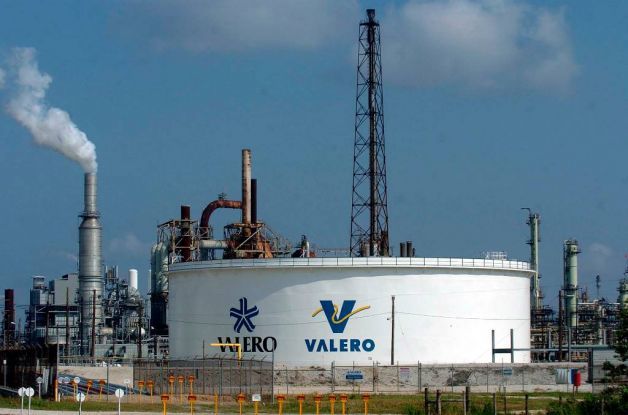 MUSKOGEE, Okla. (Legal Newsline) – Allegations of product liability are at the core of a lawsuit filed by an oil refining company against a raft of defendants over the sale of a firefighting foam containing chemical compounds believed dangerous to health and the environment.

It's an example of a company joining the scores of plaintiffs suing over PFAS, man-made chemicals found also in products like non-stick cookware and waterproof clothing. Most plaintiffs are private individuals who claim there is a connection between exposure and certain health problems, like kidney cancer. Government agencies are also filing cases; some are using private lawyers on contingency fees to do so.

Valero Refining Co.-Oklahoma, headquartered in San Antonio, Texas, alleges it has and will incur the costs of the cleanup of the chemicals, and names as defendants, among others, E.I. DuPont De Nemours (EID), its spinoff Chemours, and 3M.

The suit was filed in Oklahoma's Carter County District Court on June 28 before it was removed to the U.S. District Court for the Eastern District of Oklahoma on July 11 by 3M.

Valero claims that the defendant companies knew the products were dangerous and continued to manufacture them despite of other firefighting foam designs that were much safer.

Filing a product liability suit alleging the companies manufactured and sold a product they knew to be dangerous is not new, said Robert Frank, a Philadelphia-based attorney with Holland and Knight.

Frank cited the state of New Jersey's lawsuit over allegations of product liability, negligence and creating a public nuisance.

Frank, who like other defense lawyers involved in the environmental field, said he could not speak at length about the Oklahoma case as his firm may be tangentially or potentially be involved.

But, he told Legal Newsline there are two or three cases filed where product liability is being argued in connection with PFAS, more specifically perfluorooctanoic acid (PFOA) and perfluorooctanesulfonic acid (PFOS), known as long-chain compounds of the main chemical. It is not clear whether any other private company has filed suit.

The Valero action centers on the use of the aqueous film-forming foam (AFFF) at its Ardmore Refinery in Oklahoma and was filed against the three main defendants and various sellers of the product over the allegations of product liability, fraudulent transfer, failing to warn, negligence and fraud.

But the suit appears to hinge on future federal regulatory action as the U.S. Environmental Protection Agency has not yet drawn up any final rule with regard to the chemicals, though it has published an action plan and draft recommendations for future cleanups. Congress is currently trying to force the EPA to issue formal regulations, over the objections of those who say there has not been enough research to determine a toxicity level.

The EPA has advised water systems in which there is found to be PFAS at 70 parts per trillion to notify state regulators.

Some in Congress are pushing the EPA to issue formal standards while also classifying PFAS as "hazardous substances" under the federal Superfund law, which would open the door for lawsuits against all types of companies.

At the state level, those levels are much lower, and litigation has gone hand-in-hand with those regulatory efforts. PFAS litigation has been filed by private lawyers working for the states on contingency fees in New Hampshire and New Jersey, and Michigan is planning to do the same. Other states have filed cases, and law firms also have hundreds of private clients suing over PFAS.

The Valero lawsuit states, "As a result of this and other regulatory actions, Valero has and will continue to incur costs" related to cleanup of long-chain PFAS.

One allegation contained in the lawsuit, fraudulent transfer, centers on DuPont's spinoff of its chemical division and the creating of a new company, Chemours.

In response to questions about the suit, DuPont told the San Antonio Business Journal that it is does not comment on pending litigation but "will vigorously defend our record of safety, health and environmental stewardship."

3M "acted responsibly in connection with its manufacture and sale of [aqueous film-forming foam] and will defend its record of environmental stewardship," spokeswoman Fanna Haile-Selassie told the same publication.

3M • U.S. District Court for the Eastern District of Oklahoma