Is Congress' rush to regulate PFAS part of 'hysteria' fed by plaintiffs lawyers? 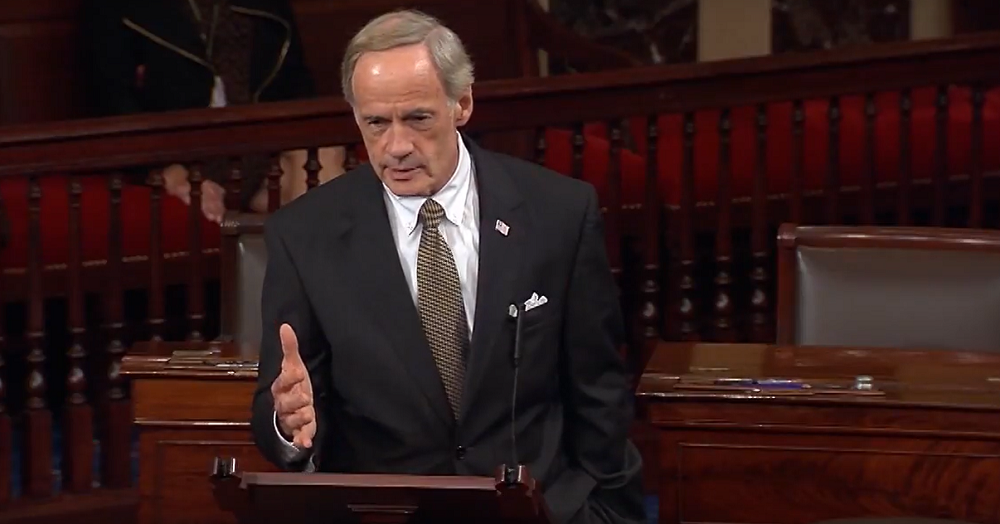 WASHINGTON (Legal Newsline) – They have a catchy, sinister-sounding nickname and have caught the attention of lawyers and politicians. But what these “forever chemicals” don’t have is a known toxicity level.

And despite the EPA taking a studious approach to regulation (though some claim delay is unnecessary), U.S. senators are following the lead of lawyers who have sued over the presence of chemicals known as PFAS that were used in products like waterproof clothing, non-stick cookware and firefighting foam.

Today, the U.S. Senate Committee on Environment and Public Works meets, and a PFAS amendment is on the agenda. The top Democrat on the committee, Tom Carper of Delaware, has proposed legislation that classifies PFAS as hazardous substances under the federal Superfund law.

It’s one of several PFAS-related bills introduced by lawmakers capitalizing on public outcry that is fueled by the trial bar, says Alston & Bird attorney Jeffrey Dintzer.

“I think regulators and politicians react to the news cycle,” says Dintzer, who has worked environmental and toxic tort cases for nearly 30 years.

“They react to fear in the community and sometimes those concerns can be very legitimate – what happened in Flint never should have happened there.

“(But) a lot of times there’s a tremendous amount of hysteria stoked by plaintiffs firms, and it’s unnecessary and it causes a substantial amount of anxiety among the population…”

It remains to be seen if Republicans and Democrats agree on a bill that would represent a compromise and has a chance to become law. There have been at least 15 PFAS bills introduced this year.

Lawmakers turned their eyes toward PFAS after the EPA announced it wouldn’t be setting a toxicity level, instead opting for more research. PFAS are called “forever chemicals” because they remain in water and bloodstreams. Some claim they cause diseases like kidney cancer. Others say there is no comprehensive data on which to base that assertion.

As Dintzer explained, PFAS don’t metabolize in the human body – “they don’t seem to do anything but just circulate” - and thus are never expelled. New Jersey passed its own standards (and hired private lawyers to file lawsuits) that set a limit of 14 parts per trillion.

“They shouldn’t just throw numbers out there like a double-digit points per trillion when there’s no evidence that it is going to represent harm to even the most sensitive populations,” Dintzer said.

“They need to put time, money and effort to find out if the chemicals are a risk. Dose makes the poison.”

The EPA’s delay hasn’t seemed to slow lawyers who are filing cases against defendants like DuPont and 3M. One of the more noteworthy doesn't allege PFAS have caused any of the diseases associated with them but instead makes a claim for battery on behalf of a proposed class of everyone in the country with PFAS in their blood.

And using a playbook repeated over and over again, the plaintiffs bar is signing government clients and representing them on contingency fees.

After New Jersey filed its cases through the firm Kelley Drye, New Hampshire filed a pair of lawsuits and recently told Legal Newsline it will be hiring private lawyers, though it declined to say what firm it will be.

Dintzer likened one part per trillion to one drop in 1,000 Olympic-sized pools.

“That’s trivial. Totally trivial,” he said. “We’ve all got it in our bodies. You have it in yours. I have it in mine. We’re not seeing some rash of bizarre diseases and cancers in the U.S.”

Still, lawmakers like Sen. Carper have taken up the cause. Last week, he complained that the Air Force had to divert $66 million for PFAS mitigation efforts. The chemicals have been found at military bases where firefighting foam was used.

“For starters, Congress should declare PFAS as hazardous substances under the Superfund law,” Carper said. “That would greatly reduce the slow bureaucracy that so often prolongs the process for cleaning up contaminated sites, which just creates more anxiety for communities concerned about known or potential contamination.”

Proposed legislation would affect more than 3,000 chemicals classified as PFAS. The National Association of Clean Water Agencies issued a statement that warns doing so could create liability concerns for materials that have trace amounts of PFAS.

The majority of states don't allow such claims.

By 2012 and after studying more than 30,000 participants, the science panel said there was a probable link to six diseases.

Chicago-area chemist and environmental engineer Rich Trzupek previously told Legal Newsline that lawyers are hoping this becomes the “next mesothelioma,” a reference to the cancer that has driven asbestos litigation for decades.

Dintzer said companies should be wary of states in which there are Democrat leaders and detection levels in the groundwater.

“There’s definitely a reason to take a good look at chemicals and determine whether there’s a toxicity and if there is, what the health hazard is,” Dintzer said.

“To just go off like New Jersey or New York or Vermont to set limits that are ridiculously low… That’s the detection level essentially.”