There are bigger problems than PFAS, group for clean water says as Senate attempts regulation 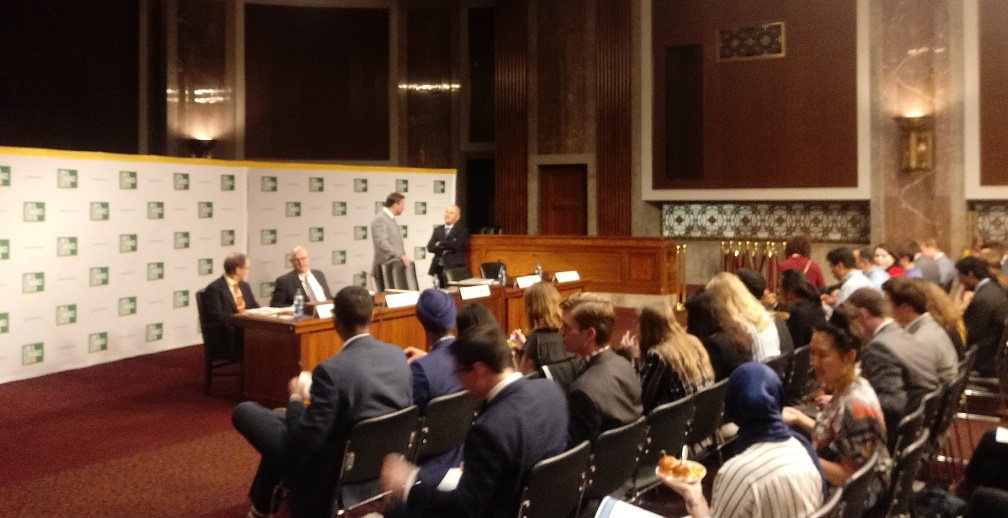 WASHINGTON (Legal Newsline) – Last week, a U.S. Senate committee strengthened one of the many bills that attempt to regulate chemicals known as PFAS, as critics continue to fight the idea that enough is known about them to pass legislation.

The EPA has decided more research is needed before it passes a threshold for PFAS, which are chemicals that were used in products like waterproof clothing, non-stick cookware and firefighting foam. They have been dubbed “forever chemicals” because they don’t leave the human body once they make it in, and some science suggests links to several illnesses.

But that research is disputed. And whatever problem there might be isn’t a priority, according to the American Water Works Association.

At a Friday event hosted by George Mason University’s Law & Economics Center, the executive director for government affairs at AWWA said mistakes can be made when regulators target the “chemical du jour.”

More pressing is the need for at least $1 trillion in upgrades to water systems, Tracy Mehan said.

“Our basic position is we’re not against a new (maximum contaminant level for PFAS),” Mehan said. “We just want to see the process followed by the rules set out in the Safe Drinking Water Act.”

Under that law, the EPA sets standards for drinking water quality. Its initial guidance on PFAS has warned against a level of more than 70 parts per trillion, but proposed laws seek stricter levels, as well as PFAS to be classified a “hazardous substance” under the federal Superfund law.

“We’ve got to make sure we go after the highest risk first,” Mehan said, adding that the initial research on possible PFAS contamination “hardly rises to the level of creating a primary drinking-level standard.”

His comments were a departure from the debate that occurred at the event between Scott Faber of the Environmental Working Group and Jonathan Gledhill of Policy Navigation Group.

The two sparred over whether the research linking PFAS to disease is complete enough to justify the more than 20 PFAS bills that were introduced this year in Congress and whether some of that research was actually peer-reviewed.

Faber lauded the possible legislation, including Wednesday’s amendment that would add PFAS to the Toxic Release Inventory and require companies to report industrial discharges.

“The only question is ‘who pays?’” he said. “Is it the people who pay (Gledhill) to tell you there are no peer reviews when there are, or is it the rest of us who pay water bills every month?”

Gledhill disputed Faber’s assertion that the links to diseases are well established and called for more research.

“When we go fast, we tend to make mistakes,” he said.

“If I was up here saying we need, as a society, to spend tens of billions of dollars to clean up something, or told you global warming was a hoax and that vaccines are unsafe and I was relying on un-peer-reviewed science or selective science, you’d boo me off the stage.

“But that’s exactly the policy we’re following with these chemicals.”

The majority of states don't allow such claims. By 2012 and after studying more than 30,000 participants, the science panel said there was a probable link to six diseases.

Lawmakers turned their eyes toward PFAS earlier this year after the EPA announced it wouldn’t be setting a toxicity level, instead opting for more research. The EPA’s delay hasn’t seemed to slow lawyers who are filing cases against defendants like DuPont and 3M.

One of the more noteworthy doesn't allege PFAS have caused any of the diseases associated with them but instead makes a claim for battery on behalf of a proposed class of everyone in the country with PFAS in their blood.

And using a playbook repeated over and over again, the plaintiffs bar is signing government clients and representing them on contingency fees.

After New Jersey filed its cases through the firm Kelley Drye, New Hampshire filed a pair of lawsuits and recently told Legal Newsline it will be hiring private lawyers, though it declined to say what firm it will be.

More than 100 lawsuits have been consolidated in South Carolina federal court in a multidistrict litigation proceeding. Those cases concern alleged contamination by firefighting foam. Other cases around the country blame consumer products.

Steven Jawetz, an attorney at Beveridge & Diamond, warned against the role litigation is playing in the PFAS debate and what would happen if PFAS are declared “hazardous” under the Superfund law.

“It’s a statute that issues very broad liability,” he said at the GMU event. “That would mean anyone who sent anything with a trace of a PFAS substance in it to a landfill, for example, could potentially be liable, jointly and severally, for the costs of remediating that landfill for everything in it.