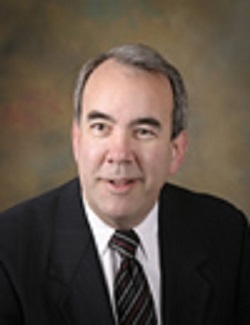 WASHINGTON (Legal Newsline) - A Washington, D.C.-based public-interest law firm that has been outspoken about the Centers for Disease Control and Prevention’s handling of an opioid guideline development team argues the agency’s new guidelines, which were issued this month, will “no doubt” have an effect on future litigation.

Richard Samp, chief counsel for the Washington Legal Foundation, argues plaintiffs law firms, including Cohen Milstein Sellers & Toll PLLC, will use the CDC’s approval and release of the guidelines to their advantage.

“Will the plaintiffs bar use these guidelines in their pending litigation? I have no doubt that, yes, they will,” Samp told Legal Newsline.

The CDC released its new guidelines regarding prescriptions for opioid painkillers, such as Vicodin and OxyContin, March 15. The guidelines, which are voluntary, recommend primary care physicians:

* Use non-opioid therapy for chronic pain management, outside of active cancer, palliative and end-of-life care;

* Prescribe the lowest possible dosage when opioids are needed; and

“Overprescribing opioids -- largely for chronic pain -- is a key driver of America’s drug-overdose epidemic,” CDC Director Tom Frieden said in a statement. “The guidelines will give physicians and patients the information they need to make more informed decisions about treatment.”

“We’re not medical experts,” he said. “We take no issue on whether guidelines should be issued, or what they should say.

“But we do recognize there is a broad spectrum of views as to what could be done, and the process used by the CDC did not provide a fair opportunity for everyone to participate.”

For one, Samp argues the CDC did not follow the Federal Advisory Committee Act.

FACA, which became law in 1972, governs the behavior of federal advisory committees.

Under the law, an advisory committee is defined as “any committee, board, commission, council, conference, panel, task force, or other similar group” that dispenses “advice or recommendations” to an agency or government official.

Committees composed of full-time officers or employees of the federal government do not count as advisory committees under FACA.

The CDC has argued that its Core Expert Group, or CEG, didn’t qualify as an advisory committee under the federal law.

WLF, in a 13-page letter sent to Frieden in November, countered that the CEG indeed fell under the definition and was required to comply with each of the law’s “numerous obligations,” including opening all meetings to the public; publicly releasing all documents that the CDC made available to the CEG; and preparing and publicly releasing minutes of all CEG meetings.

Instead, the CDC complied with none of the requirements, Samp and General Counsel Mark Chenoweth wrote in their letter for WLF.

“(The CDC) nominated this advisory group to help come up with these guidelines, but the group met totally in secret,” Samp said.

“Only after the initial draft guidelines were released did they say who was on the advisory group.”

A complete list of the Core Expert Group members and other internal documents surrounding the prescribing guidelines surfaced in September.

The names on the list included Jane Ballantyne, a paid consultant for Cohen Milstein.

Ballantyne, a retired professor of anesthesiology and pain medicine at the University of Washington, is a member of the International Association for the Study of Pain, or IASP, and in 2014 was named president of the Physicians for Responsible Opioid Prescribing, or PROP. PROP’s mission, according to its website, is to “reduce opioid-related morbidity and mortality by promoting cautious and responsible prescribing practices.”

WLF, in its letter, pointed out that Ballantyne was one of “numerous” members of the CEG who were on record -- well before joining the committee -- as “strongly supporting the need to tighten opioid prescribing standards.”

“Conspicuously absent from the CEG, however, were physicians and others with experience in treating patients suffering from chronic pain,” Samp and Chenoweth wrote.

The foundation called Ballantyne’s inclusion the “most egregious.”

Ballantyne disclosed her services as a paid consultant for Cohen Milstein to the CDC, but didn’t recuse herself. The plaintiffs law firm is known for its class action lawsuits and has been hired by a number of state attorneys general in recent years, including some of those to whom it donated.

The firm currently is helping to represent the City of Chicago in a lawsuit filed against a group of pharmaceutical companies over the marketing of opioid painkillers, and another by the California counties of Orange and Santa Clara.

It also is trying to assist the New Hampshire Attorney General’s Office in a similar investigation over drug makers’ marketing of the powerful prescriptions. However, a state judge recently struck down the contingency fee agreement between the attorney general and Cohen Milstein.

“Clearly, if the CDC issues guidelines that essentially urge states to change prescribers’ practices and to implicitly criticize past prescribing practices, that’s something you would expect Cohen Milstein in its lawsuits around the country against drug companies to tout,” Samp explained. “It’s in the direct financial interest of plaintiffs lawyers to have these CDC guidelines adopted.

“That’s why we think it was a terrible mistake to include people like Jane Ballantyne on its advisory group, when she clearly has an interest in the outcome.”

Andrew Kolodny, a senior scientist at the Heller School for Social Policy and Management at Brandeis University and PROP’s executive director and co-founder, has countered that Ballantyne is “one of the most respected pain specialists in the country,” which is why the CDC asked her to join its expert group.

No doubt in response to the public outcry over the development of its guidelines, the CDC announced in December it planned to publicly post the guidelines and seek comment.

The public comment period ended Jan. 13, pushing back the agency’s original release date. The CDC had hoped to release the opioid guidelines in January.

Also in December, the CDC said it would convene the National Center for Injury Prevention and Control’s Board of Scientific Counselors, a federal advisory committee, to review the draft guidelines.

“I would like to think that the CDC’s decision in December to slow things down might have been based, in part, on our complaints,” Samp said. “But they never really corrected the problem.

“It again displays their misunderstanding of what is required by FACA.”