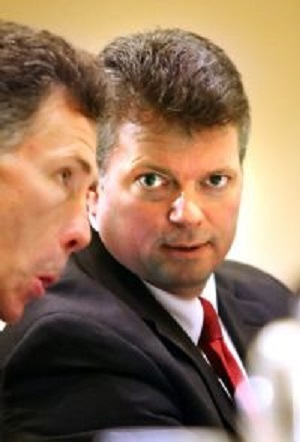 JACKSON, Miss. (Legal Newsline) - Mississippi has joined the ranks of those public entities suing pharmaceutical companies over the marketing of opioid painkillers, with Attorney General Jim Hood lining up an in-state law firm to help in the fight.

Hood alleges that the pharmaceutical makers have engaged in violations of Mississippi’s Medicaid Fraud Control Act and “other violations of law” in the fraudulent marketing and sales of “certain highly-addictive, opiate-derived painkillers” for the purposes for which they are “neither safe nor effective.”

Given that litigation of the claims may require the “expenditure of large sums of money” and require the work of “numerous” lawyers, paralegals and “others who are familiar with Defendants’ wrongful actions,” Hood said in the agreement he has determined that it is “in the best interests” of the state and its citizens to retain attorneys with “significant litigation experience.”

“Outside counsel has the amount and type of experience necessary having worked on a number of complex product related claims involving deceptive practices,” the attorney general noted.

According to the agreement, Davidson and his firm have been designated “special assistant attorneys general.” However, the attorney general, in enlisting the private attorney’s help, does not relinquish his own authority.

“The Law Firm shall consult with the Attorney General and obtain his approval on all material matters pertinent to the claims and any litigation arising therefrom; including whether and how to proceed with litigation, which claims to advance, what relief to seek, and whether and on what terms to settle,” the agreement, signed Dec. 15, states.

Under the agreement with Hood, Davidson and his firm will be entitled to the following compensation:

- Twenty-five percent of any recovery of up to $10 million;

- Twenty percent of any portion of such recovery between $10 million and $15 million;

- Fifteen percent of any portion of such recovery between $15 million and $20 million;

- Ten percent of any portion of such recovery between $20 million and $25 million; or

- Five percent of any portion of such recovery exceeding $25 million.

Any costs Davidson and his firm incur as a result of the litigation can be reimbursed from any “gross recoveries,” according to the agreement.

Davidson could not be immediately reached for comment on the litigation or more specifics of his contract with the Attorney General’s Office.

At least two other, similar lawsuits have been filed against the pharmaceutical makers -- one by the City of Chicago and another by the California counties of Orange and Santa Clara.

Last year, the city sued the drug makers in an Illinois state court. The lawsuit, later removed to Chicago’s federal court, accuses the companies of overstating the benefits of their drugs in a way that increased addiction and the city’s prescription and health care-related costs.

In the California lawsuit, also filed last year, the counties argue that the pharmaceutical companies knew that opioids were ineffective, addictive and unsafe for long-term use but persuaded doctors to prescribe them in order to expand the market and boost their profits.

Cohen Milstein Sellers & Toll PLLC, a prominent plaintiffs law firm known for its class action lawsuits and that has been hired by a number of state attorneys general in recent years, including some of those to whom it donated, is helping to represent Chicago and the two California counties.

Cohen Milstein is not listed on the attorney general’s complaint, filed in the Chancery Court of the First Judicial District of Hinds County Dec. 15.

Joe Tatum of Jackson-area firm Tatum Wade PLLC is the other attorney listed as counsel.