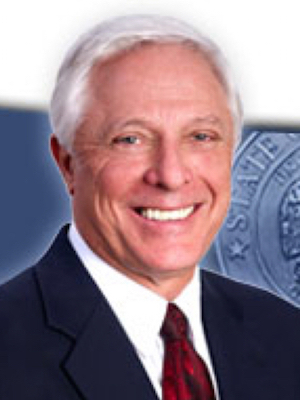 Another Caldwell ad features an endorsement from the powerful Louisiana Sheriffs’ Association without revealing that the association’s general counsel, T. Allen Usry, or his law firm Usry Weeks & Matthews, received more than $7 million worth of legal work at the direction of Caldwell’s staff and 11 other lucrative contracts. Usry, a prominent New Orleans trial lawyer, also is a former campaign manager for Caldwell. Usry has raised $85,000 for Caldwell’s campaigns.

Former U.S. Rep. Jeff Landry, who is Caldwell’s election rival, and conservative activists across the state, have raised alarms about Caldwell’s prolific use of campaign contributors as outside attorneys paid by taxpayers. Many of those attorneys have publicly endorsed Caldwell without disclosing their financial ties to him.

None of this is illegal, law professors say, unless a clear quid pro quo is proved. But it continues a pattern of conduct widely reported by New Orleans-based WWL-TV and others that involves Caldwell’s office approving millions of dollars in payments to outside attorneys who have donated to his campaigns.

While the revelations are new that Connick and the various sheriffs received millions of dollars of government contracts and then endorsed Caldwell, this pattern has been a mainstay of the attorney general's campaigns, according to Louisiana Lawsuit Abuse Watch and the national American Tort Reform Association. Both groups frequently have criticized Caldwell for giving hourly contracts worth upwards of $27 million to many of his top campaign contributors.

Caldwell, who has been in political office for 37 years, is trailing Landry, a former one-term U.S. congressman, by as much as 46 percent to 25 percent with 29 percent undecided and with a margin of error of 5 percent, according to the latest JMC poll. Caldwell, a former Democrat, switched parties in 2011. The Republican Party has endorsed challenger Landry for the 2015 election. Caldwell and Landry are both Republicans who face each other in Saturday's runoff election.

Connick did not return calls, and neither did Caldwell's campaign chair James Gosey nor treasurer E. Wade Shows. Caldwell’s office spokesman, Aaron Sadler, did not respond to three separate requests for comment.

“This is terrible, but no one is fooled," Palmer said.

Caldwell’s campaign website defends the use of contributors as taxpayer-funded lawyers, citing successes in securing $6.8 billion from BP and $300 million in another case against drug companies.

“Lawyers are not disqualified from doing state work simply because they participated in the election process in Louisiana,” Caldwell’s campaign website says.

John Binder, a columnist at The Hayride, a prominent Louisiana website, has filed a number of freedom-of-information requests about Caldwell’s practice of putting campaign donors on the state’s tab as lawyers.

“Corruption, pay-to-play schemes and rich attorneys,” Binder wrote in October. “These are the words and phrases that have become synonymous with the Louisiana Attorney General’s office.”

“The potential for corruption is so great," Republican State Rep. Stuart Bishop wrote in the Louisiana Record about Caldwell’s practices in May 2014. "...To make matters worse, these million-dollar legal deals are often cut behind closed doors with no public scrutiny or legislative oversight. This shady process has raised serious questions about cronyism, as some of the attorney general’s top campaign contributors have received highly lucrative no-bid legal contracts. That’s unacceptable.”

Quin Hillyer and Timothy Maier contributed to this article.