They wanted to cripple 3M, but in midst of pandemic, Dem senators now want to take it over 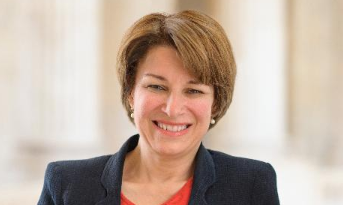 WASHINGTON (Legal Newsline) – Senators who supported legislation that would have possibly bankrupted 3M are now hoping to take over the company in order to control the distribution of its products that can help treat the coronavirus pandemic and prevent its spread.

Sen. Chris Murphy, a Connecticut Democrat, tweeted Wednesday about a conference call with colleagues and “health care leaders” organized by Amy Klobuchar, a Democrat in 3M’s home state of Minnesota.

Democrat senators last year fought hard to enact a measure that could have crushed 3M by classifying a certain group of chemicals as hazardous under the federal Superfund law. It was defeated, but another bill that would have the same effect remains pending.

“On a conference call with health care leaders this morning, organized by (Klobuchar),” Murphy tweeted.

“(S)entiment was unanimous that the medical equipment supply chain needs to be nationalized immediately. Just inexplicable Trump does not do this. The chaos of the existing system is costing lives.”

Klobuchar, whose husband has been hospitalized with COVID-19, was one of the sponsors on a failed bill that had the same goal.

To save lives, respirators are needed. 3M has teamed with other industrial giants and says it is working to meet global demand.

“3M expects demand for respirators to outpace supply for the foreseeable future,” the company’s website says. “3M is ramping up production at its manufacturing facilities around the world, including in the U.S., Asia, Europe, and Latin America as quickly as possible.”

The company recently said it is also boosting production of masks.

But Murphy’s tweet indicates unhappiness with 3M’s distribution process and a feeling that the federal government could do better. New York City Mayor Bill de Blasio, however, lauded the company on Twitter Tuesday night.

“Last night I spoke to Mike Roman, CEO of (3M), and I want to thank him and his team for coming forward to give our city crucial supplies to confront this crisis.”

The reliance on 3M products comes as the company fights litigation and legislation targeting a group of chemicals known as PFAS that were used in products like non-stick cookware, waterproof clothing and firefighting foam.

It was just last year that Democrats in the House and Senate wanted to include PFAS in a list of “hazardous” substances under the federal Superfund bill – a move that would have increased liability for countless businesses.

PFAS have been dubbed "forever chemicals" because they don’t leave the human body once they make it in. Research provided by a settlement earlier this century drew links to six diseases like kidney and testicular cancer, but many consider those results far from a complete study.

A member of President Trump’s EPA transition team told Legal Newsline that “The epidemiology is awful.” But a nationwide class action that doesn't actually allege anyone has been made sick has been given a green light by a federal judge.

The Superfund measure, which was included in a military spending bill, made it through the House, but Republicans in the Senate refused to adopt it.

Eventually, the bill passed without the PFAS stipulation after Democrats were told “enough is enough,” a source previously told Legal Newsline. Private lawyers pushing PFAS cases were among those who spent resources lobbying.

The idea is still floating around in the PFAS Action Act, which had 66 sponsors in the House. Klobuchar and 30 other senators wrote a letter to the EPA urging PFAS action.

On the PFAS litigation front, 3M and DuPont are the main defendants against PFAS lawsuits brought by states, some of which have hired private lawyers on contingency fees.

Those states include Michigan, New Hampshire and New Jersey. They and other states have passed maximum contaminant levels far below the federal advisory level of 70 parts per trillion.

Lawsuits are consolidated in a federal multidistrict litigation in South Carolina.

Want to get notified whenever we write about 3M ?

Sign-up Next time we write about 3M, we'll email you a link to the story. You may edit your settings or unsubscribe at any time.