Arbitration agreement can't be struck down because plaintiff doesn't like it, court rules 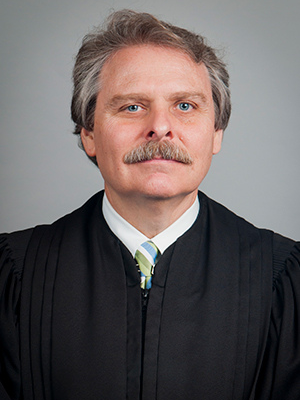 INDIANAPOLIS (Legal Newsline) - A lower court’s ruling to compel arbitration in a case against Carmel Senior Living was affirmed in the Court of Appeals of Indiana on March 17.

Judge L. Mark Bailey wrote the March 17 opinion and judges James S. Kirsch and Paul D. Mathias concurred in the case of two women identified as Jane Does. Jane Doe 1 is the legal guardian of Jane Doe 2, who is incapacitated.

Still, the appeals court judges ruled that arbitration was the most fitting route. While Jane Doe 1 alleged the arbitration agreement was “unconscionable” as it barred any judicial evaluation and called for confidentiality, causing it to seemingly be oppressively one-sided and harsh, the judges disagreed.

“A contract is not unenforceable merely because one party enjoys advantages over another, and an adhesion contract is not per se unconscionable,” Bailey wrote. The judges pointed out that the only time a contract is unacceptable is if a party who needs a certain good or service can’t weigh their options because the other party has a monopoly.

Jane Doe 1 also didn’t suggest that she had no other option but to sign the agreement with CSL. She didn’t look into other residency options for Jane Doe 2. While Jane Doe 1 said she didn’t grasp that she signed on to confidentiality of arbitration and forfeited Jane Doe 2’s rights to a court process, she didn’t detail why she wasn’t clear to the terms, including an argument that could’ve shown she was simply confused when she signed the contract.

Considering this, the judges affirmed the previous ruling to compel arbitration.

Jane Doe 2 was originally living in a different facility before she was removed after that facility (Wellbroke of Wabash) said it couldn’t care for her as she often left the center with no warning.

Jane Doe 1 ended up checking Jane Doe 2 into CSL, paid a deposit and signed a residency agreement. The 22-page agreement included an arbitration clause that noted that any disputes would have to go to an arbitrator, not through the courts.

It was noted that CSL didn’t explain the agreement, and Jane Doe 1 didn’t ask for clarification. Jane Doe 2 ultimately sued for breach of contract and negligence, claiming that a CSL worker sexually abused her.

The case has drawn the attention of Indiana plaintiffs lawyers. The Indiana Trial Lawyers Association filed an amicus brief.