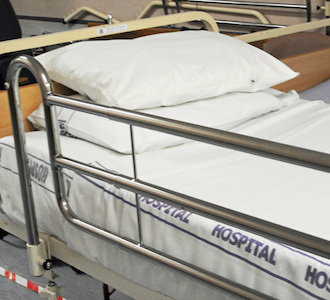 PHOENIX (Legal Newsline) - The Supreme Court of Arizona has reversed a Court of Appeals decision allowing hospitals to use liens against a patient’s personal injury recovery to pay medical costs beyond what Medicaid reimburses.

The justices in the cross-appeal of Walter Ansley, et al. v. Banner Health Network determined on March 9 that the practice violated 42 CFR Section 447.15, a federal law that protects against balance billing and provides for the acceptance of state payment as payment in full.

“While this action is ostensibly to prevent the hospitals, who are private parties, from imposing liens, it is in substance an action to prevent the operation of a state law permitting liens,” wrote Justice Bolick who authored the opinion of the Arizona Supreme Court. “It is the operation of state law, not merely the private acts of the hospitals, that the patients seek to enjoin.”

The appellees filed a class action after being treated at Banner Health Network hospitals, where the medical facilities enlisted legal claims on assets, which allow for access to property if debts are not paid.

“The nature of the right — to be free from charges beyond the Medicaid reimbursement — lends itself to equitable relief,” the ruling states. “Courts have broadly recognized equitable actions by plaintiffs seeking injunctive relief against state officials enforcing state regulations on federal preemption grounds.

"This case unquestionably benefits a large number of people; not only class members, but future Medicaid patients whose recovery for damages from third-party tortfeasors would also face reduction by virtue of enforcement of hospital liens."

Want to get notified whenever we write about Arizona Supreme Court ?

Sign-up Next time we write about Arizona Supreme Court, we'll email you a link to the story. You may edit your settings or unsubscribe at any time.