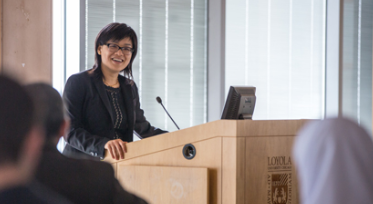 That recommendation came from Special Master Thomas I. Vanaskie, who told U.S. District Judge Robert D. Mariani that economist Xiaoling Ang, Ph.D,, should not be prevented from testifying for Navient. The CFPB claimed a conflict of interest, as Ang formerly worked at the agency.

The CFPB and Pennsylvania sued Navient in 2017, claiming that the loan financier steered students into forbearance, instead of encouraging them to move into income-based repayment plans. Navient has fought the allegations vigorously and called Pennsylvania Attorney General Josh Shapiro's lawsuit a "copycat."

The CPFB has asked that Dr. Ang be disqualified as a witness for Navient, because she worked for CFPB during its investigation of Navient.

Vanaskie wrote in his report that the “bright line” rule for experts who switch sides did not apply in this case. He also weighed in on the conflict of interest.

“I have also concluded that Dr. Ang’s sporadic and brief interactions with the Bureau’s Office of Enforcement attorneys over a period of two years did not expose her to confidential information substantially related to the opinions she has offered in her report in this matter such that the Bureau will be prejudiced if she remains an expert witness in this particular case," Vanaskie wrote.

Starting in 2011, Ang worked for the CFPB in the Research, Markets & Regulation Division to support policy projects, but left in 2015, when CFPB was investigating Navient and Sallie Mae.

The special master’s report said that although the enforcement division had consulted with Ang five times between 2013 and 2015, those requests focused on the type of information that investigators should request - not about specific data.

Also, she did not have access to the Office of Enforcement’s files. The report also notes that Dr. Ang did not appear to have supervised others’ work on the Navient investigation, and she was not asked to provide a report as an expert witness.

That article caught Navient’s attention and the company requested that she prepare an expert report based on her article, to rebut a CFPB expert. Navient’s counsel retained Ang as an expert witness in February 2018, and in November 2019, Navient issued a copy of Dr. Ang’s report to the CFPB.

On Dec. 27, 2019, the Bureau asked the court to disqualify Dr. Ang, and requested other relief for having “switched sides.”

“In this case, the testimony and exhibits showed only that Dr. Ang was a research economist for the Bureau who was brought in on a few occasions to weigh in on general policy matters. Furthermore, there is no evidence that Dr. Ang analyzed any of the information produced by Navient,” wrote Vanaskie.

“I cannot find that the Bureau met its heavy burden of showing unambiguous, specific examples of confidential information that w as communicated to Dr. Ang that is substantially related to the present litigation. Accordingly, her disqualification is not warranted.”