Lawmakers in Oklahoma, West Virginia the latest to call for rejection of ALI's insurance Restatement 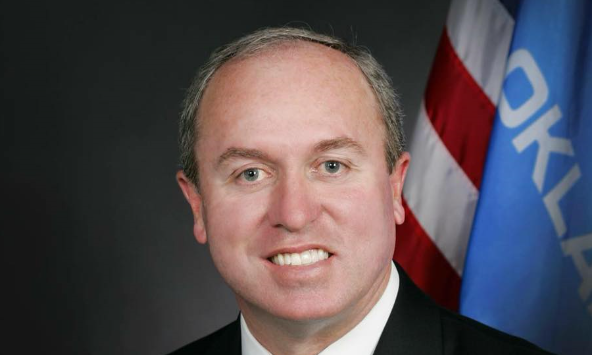 PHILADELPHIA – Oklahoma and West Virginia can be added to the growing list of states seeking to formally reject the American Law Institute’s controversial Restatement of the Law of Liability Insurance - a project that some see as evidence of an ideological shift at the organization that amounts to a power-trip.

The Oklahoma bill, SB-1692, was sponsored by Sen. Marty Quinn (R–2) and Rep. Zack Taylor (R–28) and passed in the Oklahoma Senate on third reading, by a vote of 35-11 on Monday afternoon. It has since been referred to the Oklahoma House of Representatives, where it had its first reading on Tuesday.

According to its bill summary: “SB-1692 creates the Act Concerning Interpretation of Oklahoma Insurance Laws. The measure clarifies that a statement of the law in the Restatement of the Law, Liability Insurance by the American Law Institute does not constitute the law or public policy of the state if the statement conflicts with provisions provided for in federal or state law.”

Furthermore, the West Virginia Senate has also introduced a measure, SB-772 sponsored by Sen. Mike Azinger (R–Wood, 3), seeking the creation of a new code of common law which is tantamount to a similar rejection of the Restatement.

It reads: “In any action governed by the laws of this state concerning rights and obligations under the law, The American Law Institute’s Restatements of the Law are not controlling.”

That legislation passed in the West Virginia Senate by a vote of 22-12 on Feb. 25, and was likewise referred to the state’s House Judiciary Committee the following day.

These bills also follow and coincide with similar ones initiated in other states. Concern that judges would feel obligated to use the Restatement as a guide has manifested itself as legislative actions and judicial rulings in, at least, Kentucky, Tennessee, Ohio, Delaware, Kansas and North Dakota.

The Philadelphia-based ALI has long published Restatements with the goal of providing summaries to judges who deal with certain issues, though criticism of the group says in recent years it has swung toward creating law instead of restating it.

The Restatement concerns when insurers can be found liable in civil lawsuits and has been called “litigation fuel.”

Notably, an insurer would need to cover punitive damages in some instances, rather than the insured who engaged in the reckless behavior – even if they’re not covered in the policy (a National Council of Insurance Legislators discussion provided a deep dive into other issues).

Last year, the ALI also embarked on a “road show” of sorts – events like one in Texas that featured a federal judge that defend the Restatement.

ALI Deputy Director Stephanie Middleton, when previously asked about the legislation opposing the Restatement, commented on the mission of the organization in crafting such a document.

“Unlike a political process, the ALI does not represent or attempt to mediate between various contending interests and forces, such as consumers or policyholders or insurers,” Middleton said.

“Our mission is to clarify the law in simple and straightforward language so that courts and the public have a stable and knowable legal system. In a Restatement, we attempt only to state what the law is where there is consensus among the states or where the law seems to be moving where there is not consensus.”

Many aren't buying that, though.

"This is an expanded scope beyond what insurers are traditionally liable for under the common law of many states and will likely manifest itself in higher premiums for insureds due to increased settlement amounts expended as the result of increased potential liability in these suits,” Erik Derr, an associate at Kennedys CMK Law in Philadelphia, previously told the Pennsylvania Record.

Want to get notified whenever we write about The American Law Institute ?

Sign-up Next time we write about The American Law Institute, we'll email you a link to the story. You may edit your settings or unsubscribe at any time.