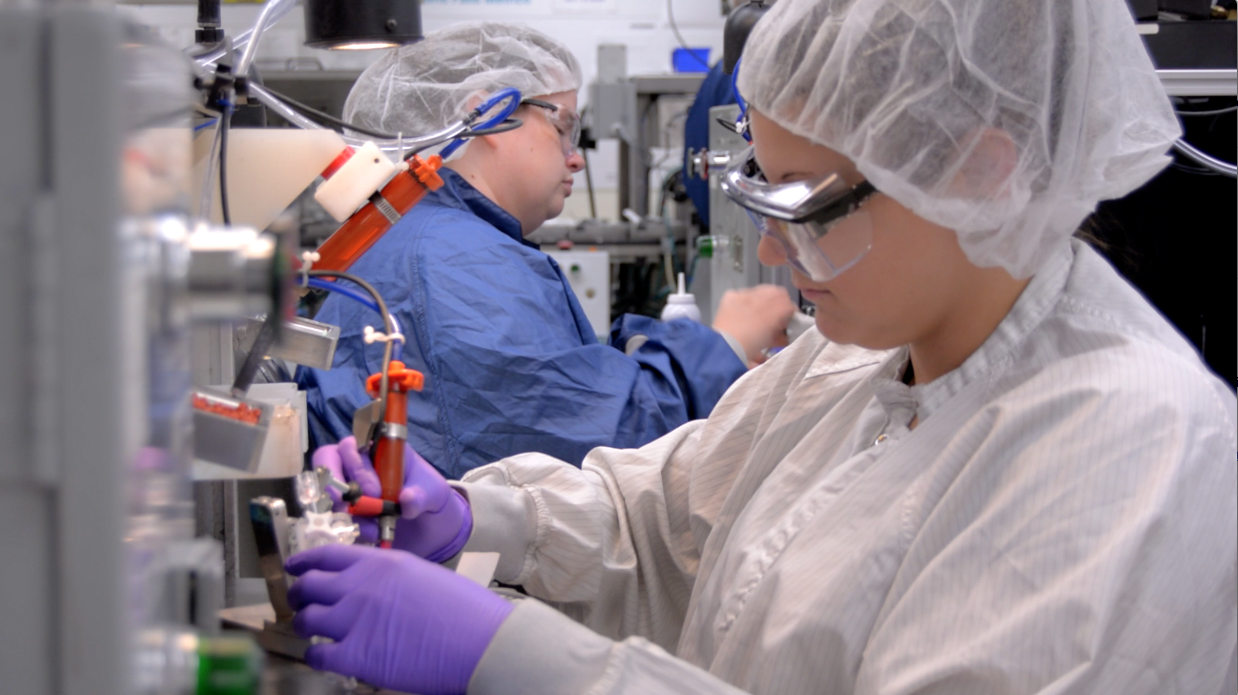 In the face of demands for tighter regulations of emissions from the use of the common industrial compound known as ethylene oxide, federal environmental regulators have stepped up efforts to measure the amount of the compound in the air breathed by people around the U.S.

An initial round data appears to indicate ethylene oxide (EtO) is just about everywhere, in significant quantities, even in locations considered far from the facilities commonly targeted for action by activists and government officials.

And medical device makers, who rely on EtO to supply vital health care equipment to hospitals throughout the country, have warned the EPA a move to regulate their industry based on what they call concern that "defies science and common sense" over the threat posted by EtO in the air could instead lead to a public health crisis.

For nearly two years, Illinois – and particularly the suburbs of Chicago – has been ground zero for a controversy that has since spread to other parts of the country, over the use of EtO.

EtO has been used by manufacturers and others for decades, as what the chemical industry refers to as a key building block ingredient. Products today made either from EtO or by using EtO include antifreeze; brake fluid; carpeting and upholstery; recyclable plastic packaging; and products made from fiberglass, such as bathtubs and bowling balls.

Derivatives of EtO are used to make shampoo and other personal care products, and pharmaceuticals.

About 1% of EtO is used in the U.S. to sterilize most medical devices, such as surgical kits, implants, pacemakers, surgical tubing, dressings, and other tools and implements used in American hospitals and health care facilities.

However, in the past few years, that particular use has drawn the attention of activists, trial lawyers and government officials in Illinois and elsewhere.

In the village of Willowbrook, for instance, about 13 miles west of Chicago’s Midway International Airport, medical device sterilizer Sterigenics chose to pull out of Illinois, amid continuing efforts by activists both among private citizens and in Illinois state government to find a way to drive them out of business.

Sterigenics’ Willowbrook facility had been the subject of controversy since mid-2018 amid accusations the company had emitted too much EtO. The company has been targeted since that time by dozens of personal injury lawsuits, with more still on the way, over allegations the EtO the company used to sterilize medical instruments had caused cancer.

Those lawsuits had been instigated following the release of reports from the U.S. EPA and the federal Agency for Toxic Substances and Disease Registry, purporting to show a link between EtO emissions from the Sterigenics Willowbrook facility and an increased cancer risk in the surrounding region.

And those models had been, in turn, prompted by findings by the EPA, issued in the waning weeks of the presidency of Barack Obama, dramatically dialing down the amount of EtO the agency considered a carcinogenic public health threat.

That perceived threat has ratcheted up the level of fear and anxiety among many, who have since mounted a push to severely limit, if not ban outright, the ability of companies to emit EtO.

That push, however, has alarmed many in the U.S. health care sector, who have expressed concern over the impact of the anti-EtO movement on the ability of hospitals, health care practitioners and medical manufacturers to guarantee the health and safety of patients, who rely on the sterility of surgical kits, implants, pacemakers, drapes, tubing, syringes and other medically necessary devices and implements used in operating rooms and medical offices throughout the country.

Medical device makers and sterilizers have noted steadfastly that there is no viable alternative to EtO for sterilizing such medical devices in the quantities needed, and at the safety and quality standards, demanded by the U.S. health care sector and the U.S. Food and Drug Administration.

Against this backdrop, EPA has launched a process to rewrite the rules governing EtO emissions, particularly from chemical manufacturers and medical device sterilizers.

The agency has collected comments on their proposed rulemaking, and intends to issue new rules, most likely later this year, an EPA spokesperson said.

At the same time, however, EPA has also increased its efforts to measure EtO in the air in a way it has not done before.

Most of the measurements conducted by U.S. EPA and state environmental agencies to date have targeted particular EtO emission sources, such as Sterigenics in Willowbrook; and facilities in Lakewood, Colo., and Grand Rapids, Mich. The EPA said other organizations are also monitoring EtO levels in Lake County, Ill., north of Chicago, and in Covington, Ga., where activists have also targeted facilities operated by sterilizers and chemical plants.

An EPA spokesperson said the EPA is seeking to “examine whether ethylene oxide is present more broadly in the air in the U.S. and, if so, at what levels. This work is intended to improve our understanding of this chemical.”

That effort began in October 2018. The first round of testing ended in March 2019.

The results from that ambient testing for EtO was quietly released in November. It showed results for 18 sites across the U.S. These included sites in and around Phoenix; Grand Junction, Colo.; Dearborn, Mich; St. Louis; Bountiful, Utah; Seattle; and four sites each in Kentucky and New Jersey.

It also included two sites in the Chicago area. Both sites were located at least 15-30 miles from any of the three Chicago area EtO emitters targeted since mid-2018 by activists and government officials.

According to a U.S. EPA spokesperson, the sites were chosen in consultation with state officials, and have served as “existing, longstanding monitors” in the EPA’s National Air Toxics Trends Stations and Urban Air Toxics Monitoring Program networks. These monitoring stations are regularly used to “measure a number of hazardous air pollutants,” the EPA said. The EPA said it has added EtO as one of the chemicals that will be measured in the air at 34 such monitoring sites, going forward.

In the Chicago area, the sites selected included a monitoring station at the water plant in the village of Northbrook, about 15 miles northeast of Chicago’s O’Hare International Airport, and a monitoring station on what was described as an “Illinois EPA trailer” in the village of Schiller Park, about 2.5 miles south of O’Hare. U.S. EPA said the IEPA had selected those sites.

According to the data released in November, EtO content in the air at those stations measured, on average, 0.294 micrograms per cubic meter in Northbrook, and 0.365 micrograms in Schiller Park, next to O’Hare.

The EPA reported the national average was 0.297 micrograms.

The EPA said it could not determine sources for the EtO measured at its monitoring sites, though the agency "is taking a number of steps to better understand potential sources of the ethylene oxide found at these sites."

According to information posted by the Illinois EPA, concentrations of EtO associated with a 100-in-a-million cancer risk over a lifetime of continuous exposure is 0.02 micrograms per cubic meter.

For local comparison purposes, air test results posted by the Lake County Health Department from October-December 2019 for the region around the Medline plant in Waukegan, north of Chicago, showed EtO levels not exceeding 0.24 micrograms as close as 0.5 mile from the Medline plant.

Those results came before Medline ceased its sterilization operations at the close of 2019 to allow for new emissions control equipment to be installed and tested, Medline spokesman Jesse Greenberg said.

Greenberg noted the ambient EtO measurements released by the EPA for the Chicago area and nationally “are higher than what we’re seeing in Waukegan.”

“It tells us our emissions controls are working really well,” Greenberg said. “We’ve been far below our permitted levels forever, and now we’re getting hard scientific data telling us our emissions are low, compared to background levels in Illinois and across the country.”

Illinois Attorney General Kwame Raoul also boasted of the measures in a letter he submitted to the U.S. EPA, which was co-signed by 10 other state attorneys general, urging the EPA to adopt national EtO standards similar to those enacted in Illinois.

Medical device industry representatives, however, have urged a different approach, questioning the science and practical applications of the EPA’s assessment to date.

Scott Whitaker, president and CEO of AdvaMed, a trade association representing many medical device makers, said the EPA’s risk assessment value for EtO “is neither practical nor is it based on the latest science.”

In comments made to the EPA, AdvaMed argued the risk assessment level “is inconsistent with a variety of recommendations made by the National Academy of Sciences and by EPA’s own risk assessment guidance” and “defies science and common sense in the context o everyday human exposures.”

AdvaMed warned, if the EPA moves forward with rules based on such low acceptable risk levels, “it could pose an increased risk to public health through supply chain and distribution threats.”