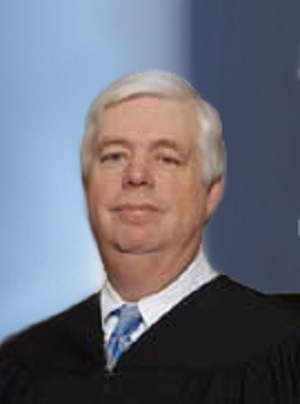 DES MOINES, Iowa (Legal Newsline) –  A dramshop action filed by a man allegedly injured at a bar in late 2015 is back in a Polk County court after a split Iowa Supreme Court ruled the man had given enough notice that he intended to sue.

In its six-page opinion issued Jan. 17, the Iowa Supreme Court reversed lower court rulings dismissing the dram shop action because the plaintiff in the case, Jeramy Hollingshead, had not given proper written notice that he intended to sue.

"On further review, we find the notice given substantially complied with Section 123.93," the Supreme Court's opinion said. "Therefore, we vacate the decision of the court of appeals, reverse the judgment of the district court, and remand the case to the district court for further proceedings."

Acting Iowa Supreme Court Chief Justice David Wiggins wrote the opinion in which all other justices on the court concurred except for the lone dissent by Justice Christopher McDonald.

Hollingshead claims he was injured "during an incident" at DC Misfits, located on Southeast 30th Street in Des Moines, according to the background portion of the Supreme Court's opinion. The following June, Hollingshead's counsel sent notice, as required under state law, to Misfits and its insurance company that litigation was pending. The notice included an older name for DC Misfits.

"The alleged problem with the notice was that it named Leonard LLC DBA Misfits as the liquor license holder not DC Misfits, LLC," the opinion said.

The lawsuit was filed in April 2017 but was dismissed by a Polk County District Court judge after DC Misfits moved for summary judgment, saying the bar had not received appropriate notice of the litigation. A divided state Court of Appeals later affirmed the dismissal.

Hollingshead had sought further review from the state Supreme Court, which ruled that Hollingshead's notice had been enough to ensure the bar and its insurer knew the litigation was pending.

"Accordingly, we find Hollingshead's notice substantially complied with the requirements of Section 123.93," the high court's majority opinion said. "For these reasons, we conclude the district court erred in granting DC Misfits' motion for summary judgment."

In his dissent, McDonald cited prior Iowa Supreme Court precedent that found Iowa law requires an injured party's notice of pending litigation must include the name of the licensee or permittee.

"I see no compelling reason to change course now," McDonald said in his dissent.