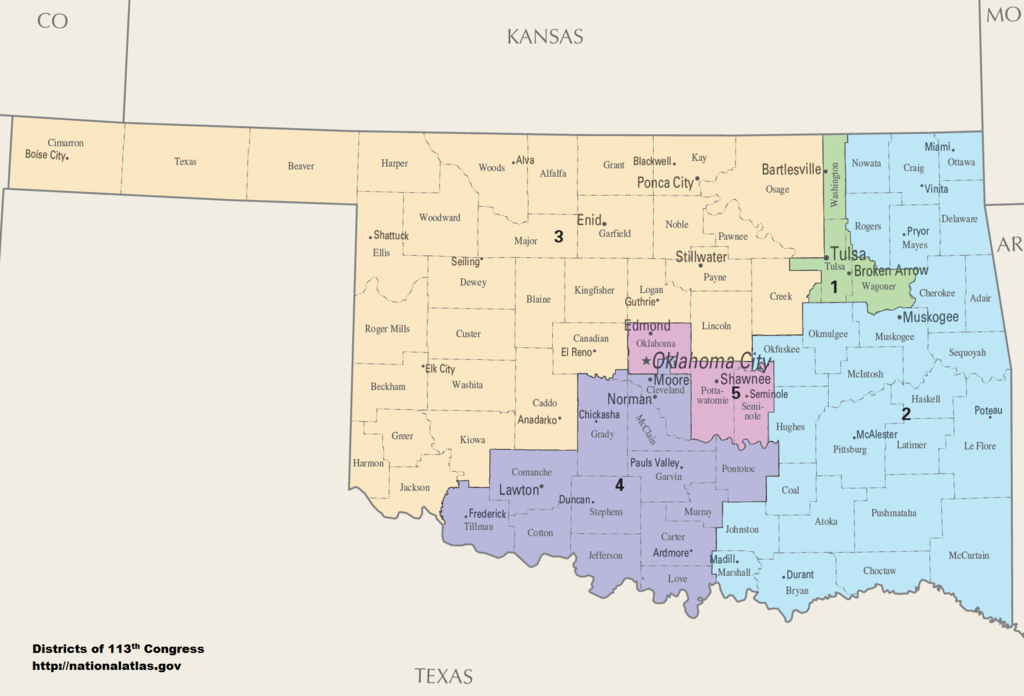 OKLAHOMA CITY (Legal Newsline) – A group that wants to change how Oklahoma congressional and state districts are drawn, but was told by the state Supreme Court earlier this month that it would have to try again, has tried again.

Two days after a split Oklahoma Supreme Court rejected "the gist" of the summary that was part Initiative Petition No. 420, State Question No. 804, the group "People Not Politicians" filed a new gist.

The new gist is part of People Not Politicians' efforts to take redistricting away from the Oklahoma Legislature and hand it over to an independent commission.

The group is trying to get State Question No. 804 on the November ballot and its new gist is part of that effort.

"If passed by Oklahoma voters, the ballot measure would create an independent, neutral and citizen-led redistricting commission to ensure our district lines are drawn in the best interest of the people, not politicians," the group says on its website. "All work by the commission would be conducted in the open, in full view of the public."

State question 804 would create a new article to the Oklahoma Constitution to establish the "Citizens' Independent Redistricting Commission," a body responsible for drawing up congressional and state legislative districts.

Congressional and state legislative districts currently are drawn up by the state Legislature, which usually means they are drawn by whichever political party holds a majority.

The initiative petition and suggested ballot title was filed with the Oklahoma Secretary of State's office on behalf of the group in October by attorneys D. Kent Meyers, Roger A. Stong and Melanie Wilson Rughani of the Oklahoma City firm Crowe & Dunlevy.

Within weeks, two lawsuits were filed challenging the constitutionality of the petition in question.

On Feb. 4, the state Supreme Court handed down a ruling in the protest filed by petitioners in one of the cases, Laura Newberry and Eldon Merklin.

The court found that "the gist" of the petition failed to "alert potential signatories about the true nature of the proposed constitutional amendment."

"The gist is not subject to amendment by this court, and as a result, the only remedy is to strike the petition from the ballot," the court ruled.

The court also invalidated the language of State Question 804, saying that the summary of the question didn't provide enough information and was not "sufficiently informative to reveal its design and purpose."

Newberry and Merklin argued in their protest  before the Oklahoma Supreme Court that the initiative petition violates the "one general subject rule" of the state's Constitution and the First Amendment of the U.S. Constitution.

Newberry and Merklin are represented by Robert McCampbell and Travis Jett of the Tulsa law firm Gable Gotwals.

The new gist was filed Feb. 6.