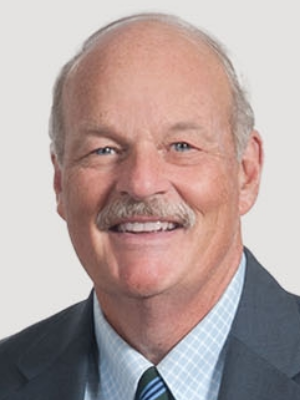 WILMINGTON, Del. (Legal Newline) – The owner of a Newark, Delaware, business was granted its motion for summary judgment in a case over allegations one of its minority owners sexually abused minors.

On Jan. 22, Judge Craig A. Karsnitz of the Superior Court for the State of Delaware granted CCB Land Investments LLC’s motion for summary judgment. The company does business as The Pond Ice Arena.

“The facts of the record do not support the proposition that CCB exercised actual control over the premises,” wrote Karsnitz. “Since there is no genuine issue of material fact regarding control of the issue, CCB’s motion for summary judgment is granted.”

Karsnitz also denied both of The Pro Shop at The Pond’s motions for summary judgment on the counts of negligent hiring and supervision and respondeat superior as defendant Scott Bicking allegedly sexually assaulted two minors in 2013.

The judge wrote there is a genuine issue of material fact concerning The Pro Shop, which Bicking, who is a minority owner of CCB, helped launch after being accused of inappropriate contact with minors in a separate incident.

“Under Delaware law, a jury could reasonably find The Pro Shop liable under a theory of imputed negligence. Therefore, The Pro Shop’s motion for summary on the issue of negligent hiring and supervision is denied,” wrote Karsnitz.

He added that while The Pro Shop might not be responsible for Bicking’s alleged inappropriate actions as he wasn’t in the scope of his employment, it could still be responsible under Restatement (Second) Agency section 219(c)(d).

Bicking’s history of sexual assault accusations began in 2001, when he was fired from Hollydel Ice Rink and the High Ridge Ice Arena for allegedly inappropriate sexual contact with underage boys.

That same year, Bicking contacted The Pond about leasing the pro shop at The Pond, which CCB was the landlord of but had no involvement in the everyday operations. CCB agreed and The Pro Shop became a subtenant of CCB.

Five years later, he became a minority owner of CCB. While he wasn’t a CCB employee, he did work at The Pro Shop and paid himself a salary. He ultimately worked at The Pond Shop, The Pond, and had an office at The Pond. His responsibilities included coaching high-performance summer hockey camps.

The plaintiffs, identified as John and Jane Does, filed the lawsuit alleging Bicking’s sexually abused young boys in all of the areas where he worked, including The Pro Shop. The plaintiffs alleged the abuse happened in his office at The Pond, not The Pro Shop. The defendants responded with motions of summary judgment.