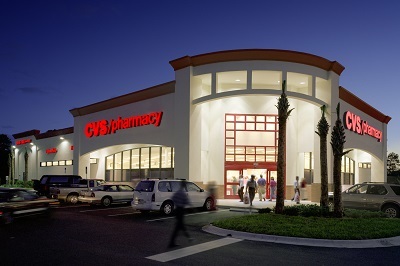 CLEVELAND (Legal Newsline) - Saying they have been unfairly targeted because of their deep pockets, pharmacies facing trial in opioid multidistrict litigation in Ohio later this year filed claims against hundreds of unnamed practitioners who may have written improper prescriptions for addictive painkillers.

The filing by CVS, Walmart, Rite Aid and other big chain pharmacies is a frontal assault on the core assertion by municipal plaintiffs in the opioid MDL who say that big drug manufacturers, distributors and pharmacists caused the opioid crisis by improperly marketing their products and failing to detect and stop suspicious prescriptions. Most plaintiffs have dropped the few physicians they targeted with litigation and concentrated their allegations on large corporations with the assets and insurance proceeds to pay big settlements.

“To be clear,” the pharmacies said, they don’t believe Ohio physicians wrote an “excessive volume” of opioid prescriptions. But since they are being sued for filling those prescriptions, the companies said, they feel compelled to file third-party claims against whichever practitioners turn out to have submitted improper prescriptions to their pharmacists.

So far the lead plaintiffs, Cuyahoga and Summit counties, have refused to identify any suspicious prescriptions, instead relying upon “aggregate proof” that too many pills were sold without identifying which ones they think shouldn’t have been dispensed.

“No amount of artful pleading …can mask the obvious fact that when Plaintiff alleges that pharmacists working for the Cuyahoga Count Pharmacy Chains supposedly filled prescriptions for an `excessive volume’ of opioid medications, somebody else must have written those prescriptions,” the companies said.

Corporate defendants frequently complain they are being sued because of their deep pockets and try to identify other parties who bear more of the blame, or whose actions snap the chain of causation that led to a plaintiff’s injuries. Asbestos manufacturers made a brief attempt to hold cigarette companies liable for lung diseases they were being sued over in the 1990s, for example, and Johnson & Johnson complained in last year’s pivotal opioid lawsuit by the State of Oklahoma that other companies and illegal drug dealers were responsible for the state’s opioid crisis.

Plaintiffs can choose who they sue, however, and most judges leave it to defendants to sue the parties they think should contribute to whatever they are ordered to pay. Given his record of rejecting nearly every argument defendants have made in the opioid litigation so far, U.S. District Judge Dan Polster is unlikely to give much support to this latest motion.

The counties originally sued the big pharmacy companies over their role as distributors, not retail dispensers. After the distributors settled their cases last year, Judge Polster allowed the counties to amend their claims over the objections of the pharmacies, adding new allegations of wrongfully filling prescriptions.

“Plaintiff’s new theory is that the opioids crisis in Cuyahoga County can be traced to prescriptions filled by pharmacists working for the Cuyahoga County Pharmacy Chains — but, for some reason, not pharmacists working at any of the many other independent and chain pharmacies that also dispensed opioid medications in the County, often in greater volumes,” the pharmacy chains said.

Drug Enforcement Administration data shows more than 40% of the opioids sold in Cuyahoga County came from pain clinics, independent pharmacies and other outlets not being sued, the companies said.

The plaintiffs haven’t identified a single prescription the big chains filled improperly, CVS said, which should end the case under the federal pleading standards established in the U.S. Supreme Court’s so-called Twiqbal rulings, which require plaintiffs to provide specific evidence to support their claims. But Judge Polster has refused to consider a motion to dismiss the county’s claims on that basis.

The companies named John and Jane Does 1-500, licensed doctors and other practitioners who wrote supposedly unauthorized prescriptions. When and if the plaintiffs identify those prescriptions, the defendants said they will fill in the names of the doctors who wrote them.

The pharmacies say they occupy a difficult position because with only limited exceptions, they are bound to respect a prescription from a licensed professional. The American Medical Association objects to pharmacists making “inappropriate inquiries” to “verify the medical rational behind prescriptions” as an unwarranted interference in the practice of medicine.

The state or the DEA could revoke any practitioner’s license at any time if they had concerns, the pharmacies said. Pharmacists don’t have the information about a patient’s medical condition to counteract a physician’s legal prescription, the companies said. Assuming improper prescriptions were written, the companies said, then the prescribing physicians would be guilty of negligent misrepresentation and fraud.