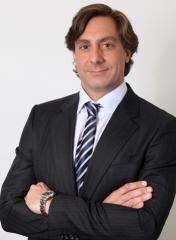 BALTIMORE (Legal Newsline) – A federal judge is considering a motion for attorneys' fees and costs by a Baltimore personal injury law firm following a $1.5 million jury award last month against a prominent New York firm and others in litigation over referral fees from asbestos lawsuits.

In its 10-page motion filed Jan. 2 in the U.S. District Court for the District of Maryland, Keyes Law Firm said Judge Richard Bennett "has ample grounds and is authorized to award fees and costs" driven up by "defendants' misconduct at every turn in this case."

"The court is vested with inherent power to sanction for abusive conduct by a litigant," the motion said.

The Keyes motion followed a federal jury verdict last month that said New York-based attorney Paul Napoli and his law firms owe $1.5 million to Keyes, which has been in a legal battle with Napoli and his firms over referral fees for asbestos litigation for more than two years.

Following the verdict, Bennett gave defendants Napoli and his firms until noon Dec. 23 to pay a $1.8 million surety bond but stayed that order pending the widely expected appeal.

In the original complaint filed in October 2017, Keyes sued Napoli and his firms, alleging that between 2011 to 2014, more than 2,000 clients were referred to Keyes as part of "association agreements" in which each firm would receive a share of subsequent fees.

Cracks in the agreement began to appear when Napoli and another attorney, Marc Bern, split their practices in 2014 to establish separate firms, which resulted in "sporadic and partial" payments, the complaint said.

In 2016, payments "began to dwindle and completely discontinue," the complaint said.

Bern was dismissed from the case after reaching an agreement with Keyes.

In September, Bennett entered a judgment awarding almost $317,000 in fees and expenses to Keyes over "discovery violations and related orders" by Napoli and his firms through May 9, 2019, the date of a show cause hearing, the motion said.

"The instant motion concerns misconduct occurring after that date," the motion said. "Unfortunately, defendants' misconduct persisted after the show cause hearing and, in many instances, worsened. Defendants continued to violate discovery and they engaged in other vexatious and bad-faith conduct right up until and during trial."

Record in the litigation "is replete with examples, and at various points during the trial this court expressly commented upon such conduct," the motion said.

The "few" examples in the motion include allegations that Napoli and his firms defended themselves "in bad-faith," adopted "purely for the purpose of retaliating" against Keyes, and refusing "to admit basic facts" in response to Keyes' requests for admissions of fact.

"In no uncertain terms, the behavior of Mr. Napoli and his alter-ego/assignee entities was tactical and designed to punish and wear down KLF for bringing this action," the motion said.

"As a sophisticated lawyer and collection of law firms, defendants drove up the costs of discovery and trial beyond all reasonable bounds and unnecessarily (and purposefully) prolonged and delayed the proceedings. Defendants' behavior in this case is consistent with the same playbook Mr. Napoli and his firms have employed in other litigation - anyone who dares to enforce legal rights against him is forced to endure bad-faith and vexatious litigation by Mr. Napoli."