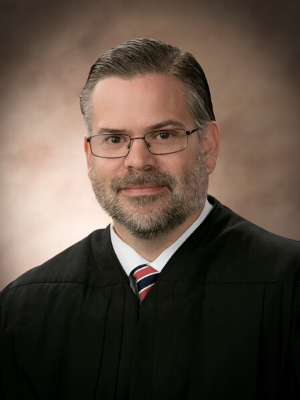 TOPEKA (Legal Newsline) – The Supreme Court of Kansas ordered a new trial concerning a woman’s lawsuit against her trust officer and his employer that sought more than $250,000 in damages.

Marilyn K. Parsons sued the Trust Company of Kansas and its former trust officer Jon M. King after it was revealed that King was not allowed to practice law while at TCK. The Supreme Court ruled Nov. 15 a new trial was needed because a lower court failed to present the jury with adequate instructions.

Parsons, who was also a TCK customer, paid King more than $250,000 in attorney's fees. The ruling states TCK had a policy that prohibited employees from practicing law while they were employed.

After discovering King was Parsons’ lawyer, TCK issued a complaint of suspected elder abuse with the Kansas Department of Social and Rehabilitation Services as well as an ethics complaint with the Kansas Disciplinary Administrator’s Office.

The Kansas Disciplinary Administrator’s Office later found that King made roughly $250,271.50 in attorney fees from his working relationship with Parsons alone. He ultimately surrendered his law license.

After a trial jury ruled that TCK was responsible for “negligent training” and King was guilty of breach of fiduciary duty, the Court of Appeals reversed, stating there wasn’t enough evidence.

“On review, we conclude the district court’s instructions failed to present the jury with an accurate statement of our negligence law and incorrectly separated Parsons’ negligence claim against TCK into two causes of action,” wrote Judge Caleb Stegall in the Nov. 15 opinion.

Stegall added that because of these mistakes, there are still questions concerning the lawsuit and he ordered a new trial with the correct instructions.

As for the jury instructions, Stegall ruled they didn’t correctly note the legal responsibility that TCK owed to Parsons. Instead, the instructions broke up Parsons’ negligent claim into two different ones. The Supreme Court determined the errors were big enough to not just call for a reversal, but for a new trial altogether, especially since TCK never challenged the instructions during the trial.

“Had the jury been properly instructed, any jury verdict in favor of Parsons on her negligent claim would likely have survived a sufficiency challenge,” wrote Stegall. “It was only because the jury was factually cramped by the erroneous instructions that the Court of Appeals was able to reach its conclusion of insufficient evidence.”

Want to get notified whenever we write about Kansas Supreme Court ?

Sign-up Next time we write about Kansas Supreme Court, we'll email you a link to the story. You may edit your settings or unsubscribe at any time.