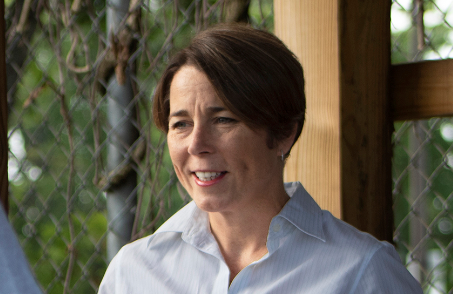 BOSTON (Legal Newsline) - The sweeping lawsuit Massachusetts Attorney General Maura Healey has filed against ExxonMobil represents a serious attack on the First Amendment by accusing the company of expressing views about science the state disagrees with, said a law professor prominent in the field of freedom of expression and corporate speech.

The 211-page lawsuit Massachusetts filed late last month accuses ExxonMobil of running “a tobacco industry-style campaign to sow doubt and confusion among the public” and failing to inform consumers that the use of its products contribute to global warming. Among other things, AG Healey accuses ExxonMobil of spending millions of dollars buying space on the op-ed page of the New York Times to promote “doubt and false debate” and delay a market shift toward renewable energy.

“When the dust settles, what this comes down to is exactly the thing the First Amendment was designed to prevent,” said Martin Redish, a professor at Northwestern’s Pritzker School of Law and prominent First Amendment scholar. “The idea that government can impose a type of orthodoxy on debate is dangerous.”

A self-described liberal academic, Redish has long angered some on the left with his robust defense of corporate free speech. While the U.S. Supreme Court permits some regulation of so-called “commercial speech,” Redish said, that is strictly speech intended to convince consumers to enter into a commercial transaction. When it comes to general statements about a topic of broad public interest, he said, for-profit corporations have exactly the same rights as news organizations or not-for-profit groups like the Sierra Club.

The Massachusetts Attorney General’s office declined comment. In the lawsuit, the state repeats securities fraud allegations New York made in its climate lawsuit against ExxonMobil, now in its third week of trial. But AG Healey goes much further, accusing the oil company of “funding a campaign of climate denial” and “mocking technologies that provide alternatives to fossil fuels” since at least the 1970s.

ExxonMobil’s “self-serving” statements were “deceptive” and included “long-debunked tropes about the lack of reliability of weather forecasts” and studies that suggested increased levels of carbon dioxide would have the positive effect of promoting crop and forest growth, the lawsuit states.

“The delay arising from ExxonMobil’s long disinformation campaign regarding climate change exacerbated and will continue to exacerbate those climate change risks” for Massachusetts, the state says.

Massachusetts can’t regulate this type of speech even if it is false, said Redish, citing a line of U.S. Supreme Court cases including U.S. v. Alvarez, the “Stolen Valor” decision that held that “some false statements are inevitable if there is to be an open and vigorous expression of views in public and private conversation, expression the First Amendment seeks to guarantee.”

“Is the position they are taking coherent with their own economic interests? Sure,” said Redish, also the author of “The Adversary First Amendment,” which asserts vigorous public debate is essential to preserving democracy. “But as I have often said, the First Amendment is not the domain of Mother Teresa.”

Massachusetts does make two claims about what could be construed as commercial speech, accusing ExxonMobil of violating state consumer protection laws by claiming its “Synergy” and “Mobil 1” motor oil products reduce greenhouse gas emissions. ExxonMobil’s advertising is “highly deceptive” the state says, because the company “fails to disclose that the development, refining and consumer use of ExxonMobil fossil fuel products emit large volumes of greenhouse gases, which are causing global average temperatures to rise and destabilizing the global climate system.”

State consumer protection laws are extraordinarily broad but many years of precedent have established equally broad protection for companies to promote their products by highlighting the positive and downplaying the negative, said Redish. A company has no obligation to inform consumers about competing products, for example, and it doesn’t have to inform consumers of every possible bad outcome flowing from their use.

“Even in commercial speech we must keep the term `misleading’ strictly defined to preserve open debate,” Redish said. “The fact you don’t give the full picture doesn’t make it misleading.”

There has long been a vigorous debate between left-wing academics and those of a more libertarian bent over whether corporations should have the same speech rights as other organizations. One case that promised to clarify the limits on corporate speech about matters of general public interest, Nike v. Kasky, ended muddily when the Supreme Court granted certiorari only to reverse itself and send the case back down to lower courts.

In that case, the California Supreme Court ruled 4-3 that Nike could be sued over alleged false statements about the treatment of workers in the factories of its overseas suppliers. Redish wrote an amicus brief for the U.S. Chamber of Commerce supporting Nike. The U.S. Chamber Institute for Legal Reform owns Legal Newsline.

Redish said that while the California Supreme Court ruling still stands, the idea corporations can be held liable for presenting their own view of the world is tenuous at best.

Without further explanation from AG Healey’s office, it is not possible to ascertain how attorneys there fit their legal theories to First Amendment precedent. Redish thinks it may be a case of anti-corporate ideological commitment being translated into legal action.

“They have agendas and they’re trying to achieve goals,” he said. “Sometimes their zealousness overcomes their recognition of the non-linear consequences that can flow from what they’re doing.”