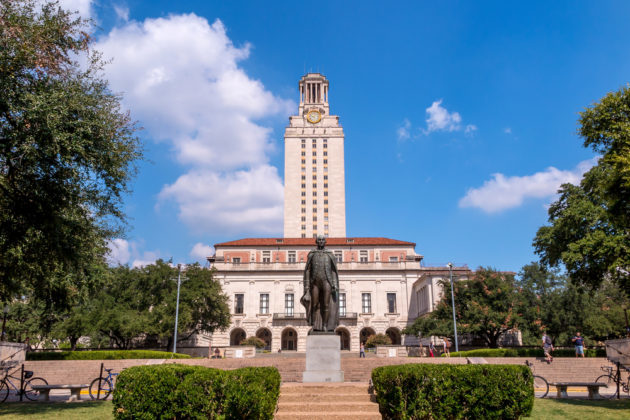 AUSTIN, Texas (Legal Newsline) – The Supreme Court of Texas ruled that University of Texas at Austin does have immunity in a woman's negligence case that stems from an injury she suffered while biking on campus in 2015.

While two lower courts stated that the Recreational Use Statute doesn’t apply and that the Tort Claims Act forfeited the school’s immunity, the Supreme Court disagreed in an Oct. 18 ruling. The Supreme Court reversed the ruling and dismissed the case for lack of jurisdiction.

“We hold that that the Recreational Use Statute applies and that the Tort Claims Act therefore does not waive the university’s immunity with respect to the plaintiff’s ordinary negligence claim. Accordingly, we reverse the Court of Appeals’ judgment,” the justices determined.

The justices pointed to subsection F of the statute that reads: "iif a person enters premises owned, operated, or maintained by a governmental unit and engages in recreation on those premises, the governmental unit does not owe to the person a greater degree than is owed to a trespasser on the premises."

The justices noted that both sides agree that this incident checks off the compliance list. Respondent April Garner was on property that was owned by a governmental entity (the university) and took part in recreational activity on said property (bike riding). Considering this, the sole duty the university owed her was to not injure her on purpose or through gross negligence while she was on the property.

While Garner said that the statute shouldn’t apply because it will allow governmental property owners, such as the school, to a “pathway to limited liability,” the Supreme Court disagreed and stated it doesn’t have the power to edit statutes simply because they could be “bad policy.”

Since the Supreme Court determined that the statute applies, the Tort Claims Act does not take away the school’s immunity in the lawsuit.

The ruling states the incident took place on one of the school’s student-housing complexes, Colorado Apartments, which are just north of Austin’s Lady Bird Lake. In mid-April 2015, Garner was on her bike going toward the trail head at Eilers Park to meet a friend.

She went on the path on Alvin via Lake Austin Boulevard and went southeast nearing Hearn Street. The ruling states university worker Angel Moreno simultaneously was backing out of a parking spot on Alvin in a vehicle that the school owned and struck Garner.

The collision broke Garner’s wrist and she suffered cuts on her face, bruises and other injuries. She sued over allegations of negligence and the trial court denied the school’s plea for jurisdiction, leading to its appeal. The Court of Appeals for the Third District of Texas had affirmed the ruling.

Want to get notified whenever we write about Texas Supreme Court ?

Sign-up Next time we write about Texas Supreme Court, we'll email you a link to the story. You may edit your settings or unsubscribe at any time.