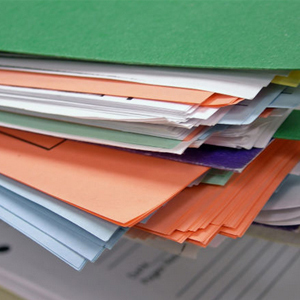 OLYMPIA, Wash. (Legal Newsline) – The Washington Supreme Court ruled that a county did not improperly handle a public records request when it produced the requested documents in several installments.

"An agency is not required to maintain constant vigilance of any exemptions it asserts when the request is first received, regardless of whether the records request requires a single installment or multiple installments to satisfactorily fulfill," the ruling states.

Ron Gipson filed the appeal in reply to Snohomish County’s response to a records request via the Public Records Act (PRA), which permits agencies to keep information concerning current employment investigations for “unfair practice… or of a possible violation of other federal, state, or local laws prohibiting discrimination,” according to the Oct. 10 opinion.

The ruling states Gipson asked for records that related to sexual harassment in the workplace allegations against him and the request was made while he was under investigation. The county produced the documents in five different installments over several months and imposed the active and ongoing investigation exemption for each installment, the ruling states. Gipson took issue with that and said treating each installment with the exception was improper via the PRA. The Supreme Court disagreed.

“Many agencies have large volumes of public records requests,” wrote Justice Barbara Madsen. “When receiving a request, the agency must identify responsive documents and any applicable exemptions and estimate the time for response.”

In this case, the county alleged that requiring a petitioner to file refresher requests would help give more transparency and open dialogue between the agency and the requester, which is the ultimate goal of the PRA. The Supreme Court backed the county’s perspective.

When Snohomish County found that the exception was present at the time of Gipson’s request, it told him in their email correspondence. Gipson said he didn’t submit refresher requests because he was given misleading information that the investigation was still open, and the status of the requested records had not changed. While the county’s email could have suggested this as it pointed out attorney-client exemption for active and ongoing investigations, it didn’t say that it would keep applying the exemption once the investigation was over, the ruling states.

Madsen wrote the county could have been “more clear,” but at the same time, the PRA doesn’t call for agencies to tell the requester when an exemption would run out.

“We hold that Snohomish County complied with the requirements of the PRA and that no violation occurred,” the ruling states.

Madsen also determined that attorney’s fees should be determined by the court clerk considering the county motioned for fees in the lower court and won the appeal.

“I would hold that the PRA does not authorize withholding public records based on an expired temporary exemption," she wrote. "Because the PRA is a ‘strongly worded mandate for broad disclosure of public records,’ ... its provisions ‘must be ‘liberally construed and its exemptions narrowly construed’ to ensure that the public’s interest is protected.’”