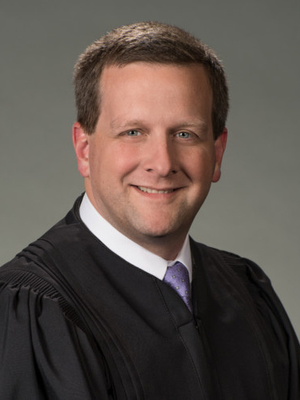 ATLANTA (Legal Newsline) – The Supreme Court of Georgia has vacated a judgment and remanded a case filed by a couple who sued Rockdale Hospital LLC over allegations of medical malpractice.

On Oct. 7, the Supreme Court of Georgia reversed the Court of Appeals ruling that granted the couple, Janice K. Evans and Shaun G. Evans, a new trial.

"We conclude that the Court of Appeals applied the wrong standard in reviewing the trial court’s decision, and so we vacate the judgment and remand the case with direction to apply the standard set forth in this opinion," Justice Charlie Bethel wrote.

The Evans filed a motion for additur or for a new trial after they weren’t granted any damages for future medical expenses, past and future lost wages or for past and future pain and suffering, stating their damage award was "clearly inadequate as to be inconsistent with the preponderance of the evidence," the ruling states. This motion was denied by the trial court and the Court Appeals reversed the decision.

The Supreme Court agreed with Rockdale that the Appeals Court misused the phrase “preponderance of evidence,” when it determined that the Evans submitted enough proof of past pain and suffering that they were owed a new trial. The Supreme Court first noted that OCGA section 51-12-12(a) determines the benchmark a trial court should use when awarding and evaluating jury damages awards. Ultimately, the statute allows the trial court to decide if the damages awarded if fitting under a preponderance of evidence.

The ruling added that the appeals court evaluation of the lower court’s decision for OCGA section 51-12-12 should only be to determine if the lower court abused its discretion.

“It was therefore error for the Court of Appeals to conclude in this case that the zero damages award for past pain and suffering was ‘clearly inadequate under a preponderance of the evidence,’” Bethel wrote.

Ultimately, the justice said that it wasn’t up to the Appeals Court to determine if the damages were inside of the range that took into account the preponderance of evidence. Instead, the appeals court should have simply ruled whether the lower court abused its discretion.

The Evans filed their suit against the hospital in 2013 over treatment Janice Evans received in 2012. The ruling states the hospital diagnosed her with high blood pressure, nausea and vomiting with no specific cause and discharged her. She was later diagnosed with several strokes as a result of ruptured brain aneurysm and is now permanently and totally disabled and requires 24-hour care.