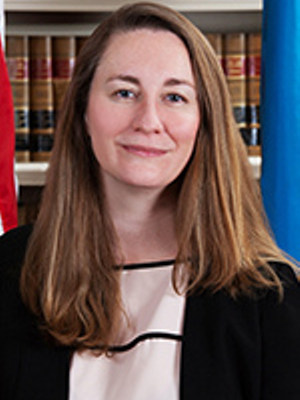 WILMINGTON, Del. (Legal Newsline) – A Delaware court has denied in part and granted in part a motion to dismiss a case concerning a $40 million transaction that was claimed to be unfair.

Vice Chancellor Kathleen S. McCormick of the Court of Chancery of the State of Delaware ruled in JJS LTD, PPS Investors LTD LP and John Sarkisian’s case against Steelpoint CP Holdings LLC, Pro Performance Sports LLC, James Caccavo, Garrett Potter, Timothy Broadhead, Timothy Wiseman and Does 1 through 20 on Oct. 11. The judge granted dismissal of five of the plaintiffs' claims for failure to state a claim but did deny to dismiss the breach of fiduciary duty claim.

The plaintiffs sued after the board of managers for Pro Performance Sports LLC approved an asset sale for $40 million in cash. The issue came considering the LLC agreement called for the company’s senior preferred unitholder to receive all of the sale consideration, leaving the common unitholders dry, the ruling states. Three of those common unitholders sued, challenging the fairness of the transaction.

While the plaintiffs said the transaction with Implus was a violation of their voting rights as it was a major member decision subject to Section 9.13 of the operative LLC agreement, the defendants argued that the section in question doesn’t greenlight a separate class vote to common unitholders in said major member decisions.

The plain language detailed in the section calls for the court to select the defendants’ interpretation that major member decisions have to be approved by the Series A Preferred Unitholder (which in this case is Steelpoint) and by the majority of holders of the combined total of the Series B Preferred Units, the Series C Preferred Units, and the Voting Common Units. Considering this, the court dismissed the plaintiffs’ claims concerning breach of Section 9.13.

McCormick also dismissed the plaintiffs’ breach of information rights claim, pointing out that the plaintiffs failed to display the special circumstances that would allow them to impose their inspection demand at this phase of the case.

McCormick went on to address the plaintiffs’ request that the court improve Section 9.13 of the agreement as it relates to fraud or mistake. Yet, the plaintiffs don’t suggest they were victims of fraud, or that there was a “mutual mistake between parties,” McCormick noted.

The judge did side with the plaintiffs on their breach of fiduciary duty claim, as the defendants failed to dispute that the transaction in question was 100 percent fair.