Should we 'settle in for a decade' of fighting in Purdue Pharma bankruptcy? 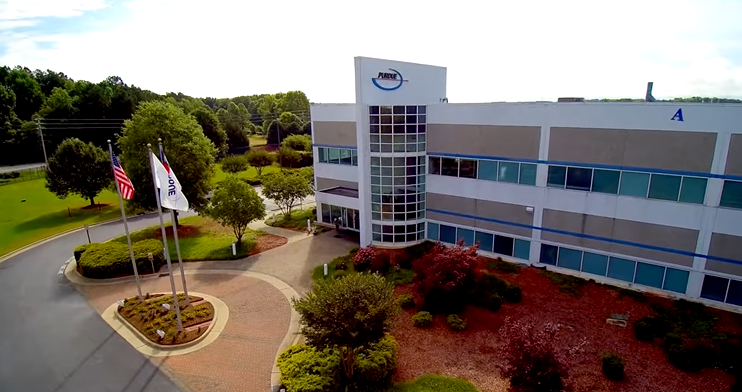 WHITE PLAINS, N.Y. (Legal Newsline) - Purdue Pharma’s already contentious bankruptcy will face a pair of big tests later this week as the OxyContin manufacturer appears in hearings over issues including paying its employees and halting more than 2,600 lawsuits against the company and members of the controlling Sackler family.

Private lawyers representing an “ad hoc committee” of thousands of cities and counties and some of the states have signed off on a tentative settlement under which the Sacklers would place all of Purdue’s assets into a trust, along with $3 billion or more of their own cash, to pay opioid-related claims. But 24 states representing more than half the U.S. population - including California, New York and Pennsylvania - have objected to the plan, under which the Sacklers would be released from liability.

Given the sketchy details Purdue has provided so far, the objecting states said in an Oct. 4 filing, they “cannot determine whether a Chapter 11 reorganization is feasible or its chances of success under the circumstances.” Among other potential obstacles is a clause in the settlement term sheet allowing the parties to walk away if the U.S. Department of Justice, which is in separate talks with the company, demands terms that are “materially different” from those laid out in the term sheet.

These and other questions will be aired at hearings Thursday and Friday in the court of Judge Robert Drain in White Plains, N.Y. On Thursday, the judge will hear arguments over the company’s plans to pay employees and other business expenses, while on Friday the court takes up objections to the proposed 180-day stay of litigation supported by the ad hoc committee.

Objecting states say there is no reason for the court to halt their litigation or offer protection to the Sackler family, which according to documents filed in connection with the bankruptcy has pulled as much as $12 billion out of the company over the years.

Purdue’s bankruptcy will only get more complicated as potentially thousands more claimants, including healthcare systems, union welfare plans, infants born to addicted mothers and individual plaintiffs join the docket, all competing for a share of the company’s assets. It could rival or exceed the reorganization of Dow Corning over silicone breast implant claims, which dragged on for more than seven years after the company filed Chapter 11 in 1995, said Joshua Silverstein, a professor at the University of Arkansas Little Rock Law School who early in his career was involved in the case.

“It is entirely possible the Purdue bankruptcy will be a bigger mess than Dow Corning,” he said. “And if that happens, settle in for a decade.”

Bankruptcy courts have broad powers to halt litigation and decide how to distribute a company’s assets to creditors, including tort claimants. Purdue has requested an automatic stay of litigation so it can preserve assets and focus on running its business. The company is spending $2 million a week on litigation and losing executives.

Its head of research and development quit, according to a recent deposition of a Purdue consultant, and it has 30-50 positions open. “When somebody from Purdue reaches out …you know, sometimes people don’t even respond,” the consultant said, due to litigation and bad press.

The states say they should be allowed to proceed with their lawsuits, however, under an exception from the automatic stay for exercising their police powers. Arizona has tried to one-up that argument by suing Purdue in the U.S. Supreme Court, which has constitutional jurisdiction over lawsuits by the states. A mere bankruptcy judge doesn’t have the power to enjoin the U.S. Supreme Court from hearing a case, Arizona argues in its briefs.

The exception for police powers normally applies to situations like when a state wants to use legal action to stop a bankrupt company from polluting, Silverstein said. It would be a stretch to include ordinary litigation seeking money damages, he said, since bankruptcy courts have absolute control over a company’s assets including the money in its bank account.

In Purdue’s case, that includes about $1.2 billion in cash and a business that, if it is allowed to continue, is expected to report around $600 million in opioid-related revenues this year.

Against that are claims that already total hundreds of billions of dollars and more are likely to arrive soon. The nine-member official creditors committee appointed in September includes Ryan Hampton, a former Clinton White House staffer who became addicted to OxyContin and plans to file a personal injury claim; Walter Lee Salmon, who is seeking certification of a class action to provide medical monitoring for children born with neonatal abstinence syndrome; and Kara Trainor, who filed product liability and nuisance claims against Purdue over her son’s NAS caused by her use of prescription opioids.

Government plaintiffs complained they don’t have a seat on the committee but in a filing this week, the committee said it will represent them fairly.

Johns Mansville pioneered the strategy of filing bankruptcy to resolve mass tort claims when it faced a barrage of asbestos lawsuits in the 1980s. The process that has emerged since then usually involves separating tort claimants from ordinary commercial creditors, so the debtor can try to negotiate settlements with each. In most mass tort bankruptcies, the court winds up approving a settlement fund plus extra money to pay claimants who reject the negotiated terms and choose to sue in court.

In theory, those two funds are sufficient to pay all tort claims in full. But that is only after the bankruptcy judge decides what the claims are worth in what is called an estimation hearing. The judge can decide certain claims are worthless and set the value for others based on jury awards in similar cases.

In the Purdue bankruptcy, this is likely to be a long process, given the growing rifts among plaintiffs as states led by Ohio seek to squelch the lawsuits by cities and counties and other plaintiffs push for their piece of Purdue’s assets.

Any plan based on Purdue continuing in the opioid business will generate bad press, as state AGs will be accused of approving a settlement funded by sales of dangerous narcotics. But liquidating Purdue will leave the claimants with fractions of a penny on the dollar.

“The claims in mass torts are always astronomical -- when they sued Al Qaeda, the plaintiffs were seeking $117 trillion in damages,” Silverstein said. “No matter how much they’re asking, the court will decide.”

The Sackler family may have to offer more than $3 billion to get free of the litigation. They own Purdue through Delaware trusts that are protected by a strict four-year statute of limitations on fraudulent conveyance claims, or claims the family improperly distributed cash to itself. The $3 billion may well reflect distributions within the four-year window, although a lawyer for the Sacklers declined comment on how the family arrived at that number. According to the term sheet, the Sacklers may contribute far more, depending on how much they get from the sale of foreign subsidiaries.

State AGs have sued the Sacklers personally, however, accusing them of committing torts as officers and directors of the company. Those claims may be more expensive to resolve. Bankruptcy courts have the power to release claims against non-debtor defendants, and the Second Circuit Court of Appeals in New York has some of the most liberal rules thanks to a landmark decision involving Drexel Burnham Lambert in the late 1980s.

But the practical reality is that shareholders who want to obtain relief from litigation through the bankruptcy process without going bankrupt themselves have to provide a significant amount of cash to tort claimants, Silverstein said.