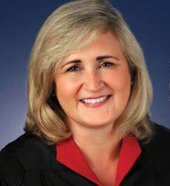 MONTGOMERY, Ala. (Legal Newsline) - The Alabama Supreme Court only partially agreed with a lower court that found a company responsible for a worker’s injury following an accident involving a paint gun.

On Sept. 20, the Supreme Court of Alabama affirmed a lower court’s ruling in favor of Tyler D. Taylor concerning his third-party spoliation claim against his employer, Imperial Aluminum-Scottsboro LLC. It agreed with the lower court on the $250,000 in compensatory damages Taylor was awarded. However, the Supreme Court reversed Taylor’s wantonness claim, remanding the case back to the lower court and instructing it to vacate the $150,000 in punitive damages award.

Taylor sued Imperial after a spray gun in a paint device injected paint into his finger while he was cleaning it, forcing the amputation of his finger. A key point in the trial: The gun that caused the injury could not be found. Taylor charged the company with spoliation of evidence, and the lower court ruled in his favor.

Imperial appealed, arguing that there wasn’t enough evidence to show that it took part in negligent spoliation of evidence. Imperial also said that it properly did its part in showing that there’s no way Taylor would have won his case against Sherwin-Williams, the company that sold the paint device to Imperial, and Graco, Inc. (the manufacturer) because he was the negligent party who assumed the risk when using the device.

Taylor had previously sued Sherwin-Williams and Graco but later dismissed his lawsuit against them. Imperial also suggested that Taylor didn’t give enough evidence to show that Imperial participated in wanton behavior.

Still, testimony from several others, including Mike Peebles, the general manager for the Imperial-Scottsboro center, included statements that they didn’t remember seeing the spray gun portion of the device when it was related to the finished-goods spot of the plant.

The Supreme Court dismissed Imperial’s claims that Taylor wouldn’t have won the case against Graco because Taylor himself was negligent.

At the same time, the Supreme Court reversed the ruling in favor of Taylor for the wantonness claim and punitive damages. Even though evidence showed that Imperial and some of its workers weren’t straightforward about the location of the spray gun ahead of and during the lawsuit, “there is no evidence indicating that Imperial engaged in any intentional, willful, or wanton conduct in destroying, losing, or disposing of the spray gun,” said the Supreme Court.

Taylor’s injury occurred on Oct. 10, 2010, while he was painting structures on Imperial property, and provided him with a paint sprayer. Interestingly enough, Taylor noticed issues with the paint sprayer, and he told Imperial. Taylor was cleaning paint from the gun part when it unexpectedly sprayed and spewed out paint and mineral objects into his right index finger.