$61M decision against Dish for conduct of other company 'distorts the law of agency,' PLAC attorney says 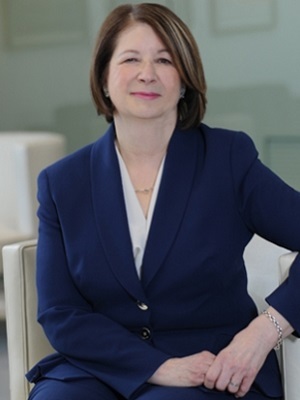 "(H)olding Dish in essence strictly liable for the acts of someone else distorts the law of agency," Stephanie Scharf, who represents corporate clients in complex litigation for Scharf Banks Marmour LLC in Chicago, told Legal Newsline.

"That's why we think it's important to have clearer, cleaner standards for when a company hires, in essence, a contractor or subcontractor for when that company is deemed liable for that independent contractor's work."

Scharf, who represents corporate clients in complex litigation, worked on the amicus brief submitted by Product Liability Advisory Council (PLAC) in Krakauer v Dish Network, in which the multichannel video service provider lost its appeal in late May.

The Krakauer case attracted PLAC's attention because of what a decision against Dish Network could mean and has meant to product liability law in the U.S., Scharf said.

Krakauer has gone to the heart of questions about corporate liability for acts committed by corporate agents, Scharf said.

"The concept of agency is very important to the development of product liability law," she said. "The Krakauer case certainly raises the issue of agency and what it means to have an agency relationship."

In its decision, the three-judge panel repeatedly lauded the TCPA, particularly its provisions under Article III, which include private right of action in class certifications, referring to those provisions as a "model of clarity."

"This private cause of action is a straightforward provision designed to achieve a straightforward result," the circuit court said in its decision. "Congress enacted the law to protect against invasions of privacy that were harming people. The law empowers each person to protect his own personal rights. Violations of the law are clear, as is the remedy."

The lead plaintiff in the case, Thomas Krakauer, "is just such a person" for whom "the TCPA affords relief" when they have "suffered an intrusion upon their domestic peace," the decision said.

In 2009, Krakauer began receiving telemarketing calls that asked him to purchase services from Dish Network. The calls were placed by SSN, who then was marketing only for Dish.

In 2015, Krakauer, through attorneys at Broderick Law in Boston and Bailey & Glasser in Charleston, W.Va., filed the class action against Dish Network over the calls, claiming TCPA violations seeking redress for the calls made on its behalf by SSN. A class was certified in the case in September of that year.

Almost a year later, Dish moved for dismissal of the entire case, claiming there was no Article III standing, but the trial court rejected that argument, ruling that Krakauer’s allegations showed concrete injury to himself and to members of the class.

A jury seated in the U.S. District Court for North Carolina's Middle District at Greensboro subsequently returned a verdict in favor of Krakauer and members of the class, finding the telemarketing practices behind the calls did violate the TCPA. The jury also found that Dish was liable for the calls placed by SSN and awarded damages of $400 per call.

After trial, the court found that the alleged TCPA violations had been willful and trebled the damages awarded by the jury. Final judgment tallying more than $61 million was entered more than a year after the jury trial concluded.

The three-judge appeals court panel apparently had little difficulty reading their decision to reject Dish's arguments and affirm the district court's ruling and damages award. The case was argued before the Fourth Circuit May 9 and was decided three weeks later.

"Dish's arguments, if accepted, would contort a simple and administrable statute into one that is both burdensome and toothless," the decision said. "It would be dispiriting beyond belief if courts defeated Congress' obvious attempt to vindicate the public interest with interpretations that ignored the purpose, text, and structure of this Act at the behest of those whose abusive practices the legislative branch had meant to curb. This will not happen."

PLAC is continuing to watch the Krakauer case, Scharf said. Court records show that Dish asked for a stay of the decision pending an appeal to the U.S. Supreme Court.

willful conduct, particularly the conduct of someone other than the defendant," attorneys for Dish wrote in June.

"The resulting discord between the approaches taken by the Eleventh Circuit and by this Court is unworkable for companies that operate throughout the country—and especially so given the prevalence of agents and independent contractor relationships," they added.

The Fourth Circuit declined to impose a stay.