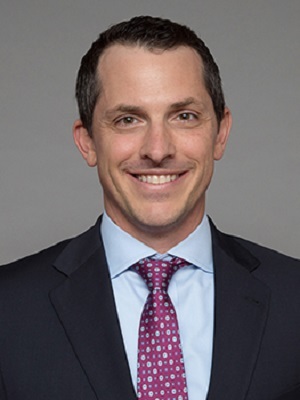 The Supreme Court's unanimous July 29 decision in Noel v. Thrifty Payless isn't likely to affect the volume of state court class actions in California, Marcos D. Sasso, who focuses on complex commercial litigation in Ballard Spahr's Los Angeles office, told Legal Newsline. The ruling says classes can be certified without requiring the plaintiffs to explain how all class members would be identified.

Class actions in California historically have ended up in federal courts under the Class Action Fairness Act (CAFA) and the Supreme Court's ruling probably won't change that.

"I don't think there will be that much of an impact in that regard," he said. "Really, the decision brings California in line with what is the majority position in the federal courts. In many ways, ascertainability is now not really a factor in deciding whether to remove based on CAFA."

What the decision probably will do is have California fall in line with much of the rest of the country, Sasso said.

"I can't really speak to all other state courts and how they apply class certification principles," Sasso said. "But I think that, given that this [Supreme Court decision] aligns with the majority of the federal courts, I suspect that the type of position that the appeals court took here in terms of assigning a kind of administrative feasibility requirement probably would be the minority position throughout the country.

"So, I would suspect that, at least for our purposes, certainly California now aligns with what the federal courts are doing."

Chief Justice Tani Cantil-Sakauye in the court's opinion noted that "due process is not that inflexible" and that plaintiffs in a case may not be required to provide "individual notice to absent class members in all circumstances."

"We conclude that the trial court erred in demanding that plaintiff offer such evidence to satisfy the ascertainability requirement," Cantil-Sakauye wrote in the court's opinion.

The Noel case was a putative class action filed in Marin County Superior Court on behalf of retail purchasers of an inflatable outdoor pool sold in packaging that allegedly misled buyers about the pool’s size, according to the background portion of the Supreme Court's decision.

The lead plaintiff in the case, Diana Nieves Noel, a widow and now personal representative of the late James A. Noel, sued Thrifty PayLess claiming an inflatable swimming pool James Noel purchased in 2013 for $59.99 from a San Rafael Rite-Aid store was much smaller than portrayed on the package.

Thrifty PayLess opposed a plaintiff motion for class certification, arguing the plaintiffs should show how putative class members would be identified so they could receive notice about the case.

The trial court denied the class certification motion based on Thrifty PayLess' argument and also ruled that Noel’s CLRA claim involved common questions of law or fact that did not predominate over individual questions of reliance and causation.

The Supreme Court disagreed, ruling that the need for ascertainability does not require plaintiffs show they can identify all proposed class members before receiving class action certification.

"Our jurisprudence addressing class certification has stressed the importance of a careful weighing of both the benefits and the burdens that may be associated with a proposed class action," Cantil-Sakauye wrote in the high court's decision.

"A conception of ascertainability as concerned with whether class members can be identified without an unreasonable commitment of expense or time is at cross purposes with this direction."

Going forward, how acertainability of class members in will be done California, compared to federal courts, won't change very much, Sasso said.

"As to acertainability, it's probably going to be, frankly, a moot issue in some ways," he said. "The bar, I think, is fairly low at least in terms of how that element is being defined. The court sets it out, asking, 'Can you define a class with objective characteristics?' That's the basis of it."

The January 2017 U.S. Court of Appeals for the Ninth Circuit decision in Briseno v. ConAgra Foods Inc., which joined the circuit courts in rejecting the need to show administrative feasibility at the class certification phase, probably would be more instructive, Sasso said.

"Where I think the fight probably turns to - which has really been the case for the Ninth Circuit most recently - are the other elements of class certification: predominance, superiority, manageability," Sasso said. "Even the court in the Noel case makes reference to this.