Tofurky Co. goes to court to challenge new Arkansas law that prohibits it from using the word 'meat' 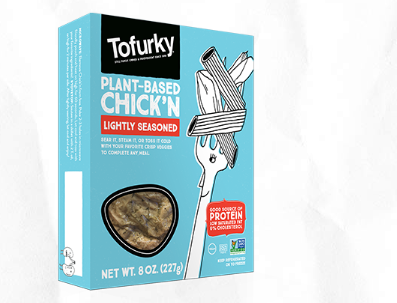 LITTLE ROCK, Ark. (Legal Newsline) – The maker of Tofurky products has filed suit against Arkansas' Bureau of Standards director to challenge the constitutionality of a state law recently put into effect that restricts plant- or cell-based meat manufacturers from using meat-related terms in their packaging and marketing.

According to the July 22 filing in the U.S. District Court for the Eastern District of Arkansas, plaintiff Turtle Island Foods SPC, doing business as The Tofurky Co., filed suit against Nikhil Soman, in his official capacity as Director of the Arkansas Bureau of Standards, alleging Arkansas Code Ann. Section 2-1-301 is unconstitutional.

The suit says the state's regulation would prohibit those who sell plant- or cell-based meats from using the word "meat" and other terms like "pork" and "beef" on their products. In its suit, Tofurky claims the law restricts commercial speech and does not protect the consumer because consumers rely on a product's packaging when trying to "identify" plant-based alternatives to meat.

Tofurky also argues that its packaging and marketing "emphasizes" a plant-based alternative to help those looking for meat alternatives and no evidence exists that consumers are being confused by the use of "meat or related terms on vegetarian or vegan products."

Tofurky also argues that federal and state laws are already in place to prevent deceptive labeling.

The plaintiff seeks a preliminary injunction to prevent the enforcement of the law as well as litigation costs and attorneys' fees.

The plaintiff is represented by Jeff Priebe of James, Carter & Priebe in Little Rock.

Want to get notified whenever we write about U.S. District Court for the Eastern District of Arkansas ?

Sign-up Next time we write about U.S. District Court for the Eastern District of Arkansas, we'll email you a link to the story. You may edit your settings or unsubscribe at any time.

U.S. District Court for the Eastern District of Arkansas