California is testing its water, so PFAS defendants could face Prop 65 lawsuits soon 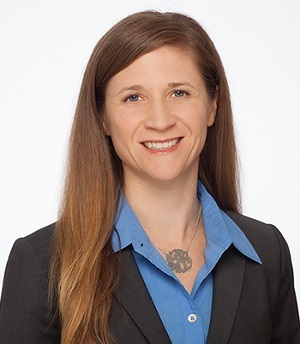 SACRAMENTO, Calif. (Legal Newsline) – California could be moving toward the regulation and litigation of perfluoroalkyl sulfonic acids (PFAS) since government agencies have been testing water in many locations, including airports and landfills, with results due as early as this fall.

“The state water board is doing a bunch of sampling in drinking or ground water,” said Leila Bruderer, an attorney with the Downey Brand firm in Sacramento. “Under Proposition 65, there is potential for that litigation.”

California's Proposition 65 – the Safe Drinking Water and Toxic Enforcement Act – was passed in 1986 to guard against chemicals that cause health problems. It has also been called a gift for trial lawyers who can use it to get creative with their lawsuits and recently caused headlines when coffee was nearly classified as a carcinogen.

"California needs to adopt a standard of 'loser pays' in these kinds of lawsuits," Republican Assemblywoman Melissa Melendez told the Northern California Record last month. "California businesses are treated as guilty before their products are deemed to have harmed anyone. As such, Prop 65 has become a haven for lawsuits that allege a product is harmful before it's actually determined that it is, and attorneys should be on the hook when their frivolous lawsuits fail."

There are investigations at a number of potential contamination sites across the state, with some involving the state's Department of Toxic Substances Control.

“But they have not adopted [regulations] yet, at least not at mandatory levels,” Bruderer said.

PFAS are man-made chemicals found in household items like non-stick cookware, stain-resistant fabrics and many industrial products. At the federal level, the Environmental Protection Agency has advised water systems in which there is found to be PFAS at 70 parts per trillion to notify state regulators.

Congress is attempting to force the EPA to issue formal standards while also classifying PFAS as "hazardous substances" under the federal Superfund law, which would open the door for lawsuits against all types of companies.

At the state level, those levels are much lower, and litigation has gone hand-in-hand with those regulatory efforts. PFAS litigation has been filed by private lawyers working for the states on contingency fees in New Hampshire and New Jersey, and Michigan is planning to do the same. Other states have filed cases, and law firms also have hundreds of private clients suing over PFAS.

Given the number of environmental concerns in California, similar litigation may follow, despite the feeling of some that the science is not developed enough to determine what amount of PFAS are toxic to humans.

“We haven’t seen much from the [California] Attorney General,” Bruderer said of AG Xavier Becerra.

That could change when analysis from some of the water investigations is in. As part of a PFAS investigation, the State Water Resources Control Board may contact potential violators and ask them to submit information or face fines of up to $5,000 a day.

Given that a fair number of environmental observers have called PFAS “the new asbestos,” the potential for legal action could be far-reaching.

“The state water board should be wrapping up in the fall, and when the results come in there will likely be more movement,” Bruderer said.