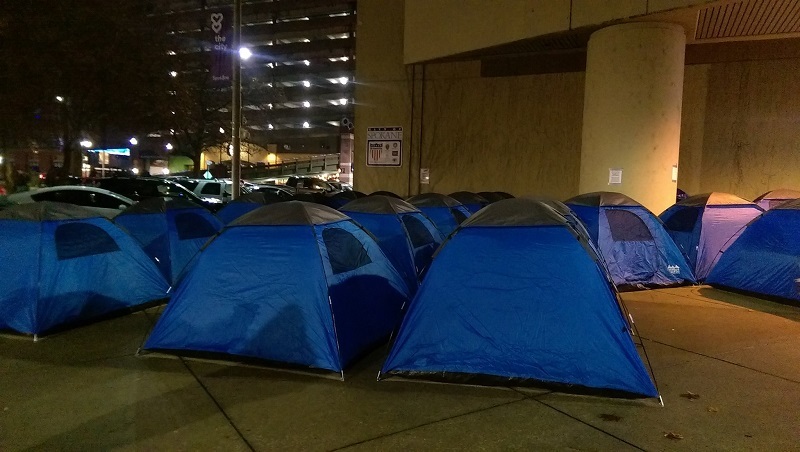 SPOKANE, Wash. (Legal Newsline) – A homeless man has filed suit against a Washington city over allegations his constitutional rights were violated when the city threw away the tents and belongings of a homeless camp in 2018.

Richard Dahl filed a complaint on July 17 in the U.S. District Court for the Eastern District of Washington against the city of Spokane, the Spokane Police Department and others alleging violation of the First Amendment and other counts.

The suit states the plaintiff is a homeless individual who was a resident of Camp Hope, a homeless encampment in front of Spokane City Hall formed to protest the city's lack of shelter space.

On Dec. 6, 2018, the suit states the residents of the camp were given a 48-hour warning to move all of their belongings and on Dec. 9, 2018, the defendants cleared all the plaintiff’s goods and personal property and threw them away. The plaintiff alleges any resident, including himself, who tried to retrieve their personal possessions were threatened with arrest.

The plaintiff alleges the defendants conduct violated his constitutional rights to be free from cruel and unusual punishment and that the seizure and destruction of his property was an illegal taking of private property.

The plaintiff is seeking trial by jury, compensatory and punitive damages, attorneys’ fees, court costs and other relief deemed fit. The plaintiff is represented by Denisa Buljubasic of Center for Justice in Spokane.

Want to get notified whenever we write about U.S. District Court for the Eastern District of Washington ?

Sign-up Next time we write about U.S. District Court for the Eastern District of Washington, we'll email you a link to the story. You may edit your settings or unsubscribe at any time.

U.S. District Court for the Eastern District of Washington