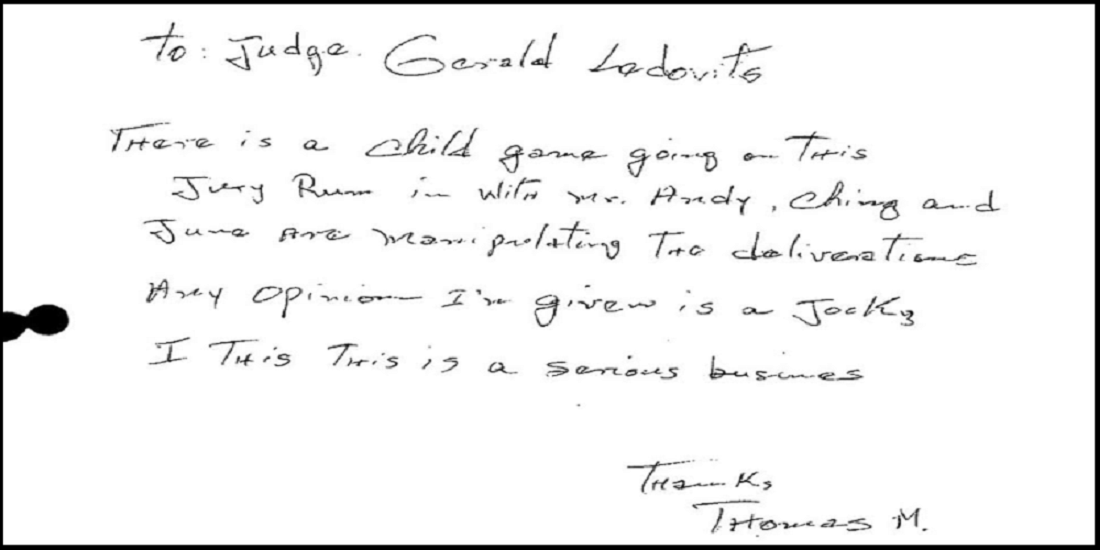 NEW YORK (Legal Newsline) - A $325 million jury verdict in a talcum powder/asbestos case was recently issued against Johnson & Johnson after one juror complained deliberations had been hijacked by others on the jury, and it is unlikely to survive appellate review, an expert says.

The verdict, one of the first from talcum powder lawsuits in New York’s specialized court for asbestos cases, includes $300 million in punitive damages intended to punish J&J for allegedly selling talcum powder contaminated with asbestos. The consumer-products giant denies its products ever contained asbestos, however, and says the trial was tainted by false expert testimony and questionable activity in the jury room.

Johnson & Johnson has asked the trial judge to set aside the verdict or order a new trial, the first step under New York law before appealing to the state’s intermediate Appellate Division. It is the first verdict against J&J in a NYCAL talc case, and a 2017 plaintiff verdict over cosmetic talc has just been overturned by the Appellate Division.

Very few punitive damages awards survive appellate review wholly intact and even the $25 million awarded in May to plaintiff Donna Olson and her spouse is more than double the highest compensatory award upheld by the Appellate Division in mesothelioma cases, said John Hochfelder, an attorney and consultant who advises lawyers on damage awards in New York appellate courts.

“That’s not going to stand,” said Hochfelder of the $300 million punitive damages award, which is more than 10 times the $25 million the jury ordered to compensate Olson for her past and future pain and suffering. The U.S. Supreme Court has strongly suggested there is a constitutional bar to punitive damages that exceed a 10:1 ratio and New York courts are even stricter, Hochfelder said, especially when the underlying damages are already high.

“If it’s a huge compensatory award, it’s my opinion the court may well adopt a one-to-one ratio,” he said.

Johnson & Johnson said the entire verdict should be set aside because of gross errors in the trial overseen by New York Judge Gerald Lebovitz. It has accused Dr. William Longo, an expert who testifies for plaintiffs in many asbestos cases, of lying about his testing of talc samples. The court record also includes a note from a juror who complained three other jurors were “manipulating the deliberations.”

Though there are several spelling and grammatical errors, the juror's note seems to complain there was a "child's game" going on.

“Any opinion I’m given is a joke,” the juror wrote. “(T)his is a serious business.”

In another note, a juror asked “who gets rewarded the punitive damages?” suggesting a lack of understanding of the public purpose for punitives. New York awards punitives to the plaintiff, and like a number of other states, prohibits insurance companies from reimbursing defendants for them.

“This trial suffered significant legal and evidentiary errors which Johnson & Johnson believes will warrant a reversal on appeal,” the company said in a prepared statement. “Decades of tests by independent experts and academic institutions repeatedly confirm that Johnson’s Baby Powder does not contain asbestos or cause cancer.”

Olson was the first of six talc cases to go to trial this year. In the wake of the $300 million punitives verdict, Johnson & Johnson settled two lawsuits on June 4, and two remaining talc cases are scheduled for trial later this year. The same day that Johnson & Johnson lost in New York, a South Carolina jury rejected identical claims its talc contains asbestos.

New York’s asbestos court, known as NYCAL, has long been declared a “judicial hellhole” by tort-reform advocates because of its plaintiff-friendly rules and the tendency of jurors, selected mostly from Manhattan, to order large damage awards. Plaintiff lawyers use those large damage awards to negotiate higher settlements with defendants, most of which are actually paid by insurance companies.

Punitive damages were prohibited in NYCAL under a 1996 order by then-Chief Judge Helen E. Freedman, who reasoned it was useless to punish companies for behavior that occurred decades earlier and excess damage awards would only dissipate assets needed to compensate future asbestos victims. Judge Sherry Klein Heitler, responding to pressure from plaintiff lawyers led by Weitz & Luxenberg, reversed the order in  April 2014. Defendants appealed, saying there was no reason for the change, but lost before the New York Court of Appeals, the state’s highest court, last September.

At the same time as they were convincing NYCAL judges to allow punitive damages again, plaintiff lawyers were working up lawsuits over talc, opening a new avenue for asbestos litigation as the number of plaintiffs suffering from mesothelioma, a deadly cancer of the chest wall linked to industrial asbestos exposure, plateaus and declines.

Even without punitive damages, plaintiff lawyers took advantage of NYCAL’s loose rules to obtain high verdicts they could then use to increase settlement demands. One of the most effective methods for asbestos lawyers is to combine multiple plaintiffs in a single trial, so that jurors blend the evidence presented across the entire pool of plaintiffs and potentially award more damages collectively than they would in individual cases.